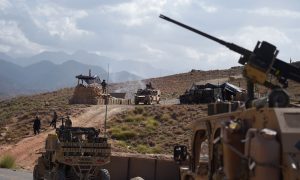 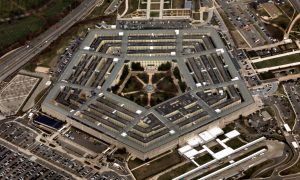 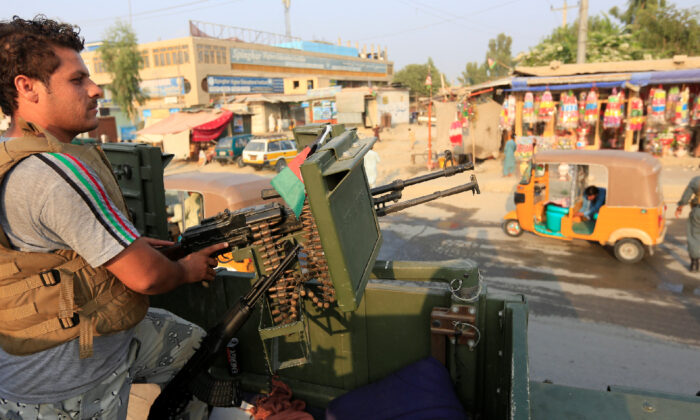 An Afghan policeman stands guard at a checkpoint in Jalalabad, Afghanistan, on Sept. 26, 2019. (Parwiz/Reuters)
Middle East

The bombshell Afghanistan Papers, published earlier this month by The Washington Post, revealed that the public had been misled into believing that, “the United States was winning the war when that was not the case,” the paper said.

The paper obtained more than 2,000 pages of confidential documents through a Freedom Of Information Act request made three years ago.

The documents contain “Lessons Learned” interviews from high-ranking officials which were collected confidentially by the Office of the Special Inspector General for Reconstruction in Afghanistan (SIGAR) as part of a wide-ranging publicly available review of United States policy.

Among the various interviews are repeated references to the fact that the war was deemed “unwinnable” by several United States officials, in complete contradiction to what the public was told.

In transcripts of interviews with more than 400 insiders, several claimed that officials hid evidence and even distorted statistics to make it appear as though the United States was succeeding in its efforts.

Furthermore, they claim that the practice of distorting statistics and misleading the public became a regular occurrence, with one official saying it was “common at military headquarters in Kabul, and at the White House.”

The controversial papers paint a gloomy picture of a government that had no detailed strategy or consistent leadership with regards to the ultimately unsuccessful and costly war in Afghanistan.

More disturbingly are the financial implications involved in the effort, with the government plunging an estimated $1 trillion into the 18-year battle, which according to figures from the Department of Defense, led to the loss of 2,300 troops and 20,589 wounded in action.

Among the numerous interviews in the Post’s report, Jeffrey Eggers, a retired Navy Seal and White House staffer for Bush and Obama, allegedly questioned what the United States had achieved in it’s $1 trillion effort. Eggers added: “After the killing of Osama bin Laden, I said that Osama was probably laughing in his watery grave considering how much we have spent on Afghanistan.”

War in Afghanistan, as with the wars in Pakistan and Iraq, was paid for by the United States almost entirely using borrowed money.

In turn, this raised the budget deficit, increased national debt, and had other macroeconomic effects, such as raising consumer interest rates, according to research from Brown University.

Brown University adds that there will also be future interest payments on this debt, which it estimates could reach over $8 trillion by the 2050s.

The data gathered by the University reveals the war in Afghanistan comes second only to the $4.1 trillion (inflation-adjusted) spent during World War II.

However, the Afghan war was not only about building a strong and stable democratic future for the country. It was also about finding Al-Qaeda, removing the Taliban from power, and preventing future terrorist attacks from occurring in the future, such as the devastating events of 9/11.

The Washington Post notes that these were all objectives achieved within the first six months of the war.

Any sense of a functioning democracy in Afghanistan appeared to be short-lived, according to a 2015 survey by The Asia Foundation, which found that optimism about the overall direction of the country had reached its lowest point in a decade.

Of the 9,586 Afghans surveyed, 57.5 percent said they felt the country was moving in the wrong direction, while the proportion of those who believed the government was doing a good job fell to 58 percent.

In another eye-opening interview with Douglas Lute in 2015, the three-star Army general who led United States forces under the George W. Bush and Barack Obama administrations explained: “We were devoid of a fundamental understanding of Afghanistan—we didn’t know what we were doing. If the American people knew the magnitude of this dysfunction … 2,400 lives lost,” he said, referring to bureaucratic blocks met by Congress, the Pentagon, and the State Department, “Who will say this was in vain?”

Years later, the United States now is engaged in peace talks with the Afghan government and the Taliban.

In a 2017 press conference, President Donald Trump explained his strategy in Afghanistan, which he said was “fighting to defend and secure their country against the same enemies who threaten us.”

“The stronger the Afghan security forces become, the less we will have to do. Afghans will secure and build their own nation and define their own future. We want them to succeed.

“But we will no longer use American military might to construct democracies in faraway lands or try to rebuild other countries in our own image. Those days are now over,” Trump said.

“Instead, we will work with allies and partners to protect our shared interests. We are not asking others to change their way of life, but to pursue common goals that allow our children to live better and safer lives. This principled realism will guide our decisions moving forward.”

As well as the enormous monetary cost involved in the war effort, the United States economy was deprived of the services of those men and women killed, wounded, or psychologically traumatized in the war.

Furthermore, as Brown University notes, while military spending produces jobs, it could have been utilized in areas such as health care, which also serves to create jobs.

Meanwhile, Pentagon officials have remained mostly dismissive of the so-called “Afghan Papers” and their findings. Defense Secretary Mark Esper told reporters earlier this month that while “it’s good to look back, I think at this point where I’m looking is forward.”

Former Defense Secretary James Mattis appeared to follow suit by claiming that he did not consider them to be “revelatory.”