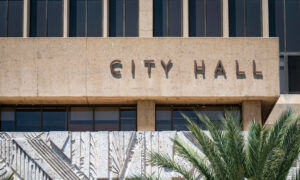 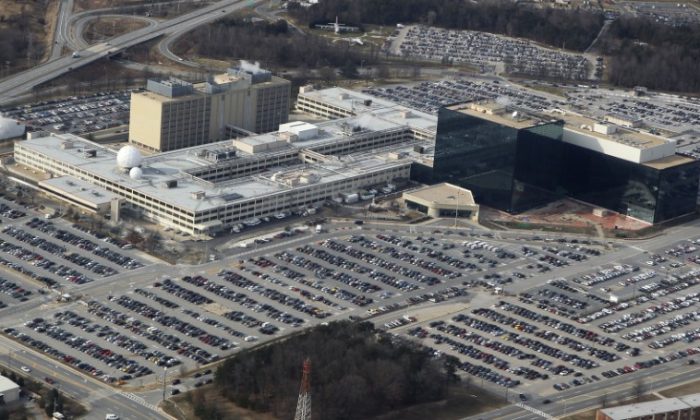 An aerial view of the National Security Agency (NSA) headquarters in Ft. Meade, Maryland on Jan. 29, 2010. (Larry Downing/Reuters)
US

WASHINGTON—The Department of Justice on Monday charged a federal contractor with sending classified material to a news organization that sources identified to Reuters as The Intercept, marking one of the first concrete efforts by the Trump administration to crack down on leaks to the media.

Reality Leigh Winner, 25, was charged with removing classified material from a government facility located in Georgia. She was arrested on June 3, the Justice Department said.

The charges were announced less than an hour after The Intercept published a top-secret document from the National Security Agency (NSA) that described Russian efforts to launch cyber attacks on at least one U.S. voting software supplier and send “spear-phishing” emails, or targeted emails that try to trick a recipient into clicking on a malicious link to steal data, to more than 100 local election officials days before the presidential election last November.

The Justice Department declined to comment on the case beyond its filing. Federal Bureau of Investigation did not immediately respond to a request for comment.

While the charges do not name the publication, a U.S. official with knowledge of the case said Winner was charged with leaking the NSA report to The Intercept. A second official confirmed The Intercept document was authentic and did not dispute that the charges against Winner were directly tied to it.

The Intercept’s reporting reveals new details behind the conclusion of U.S. intelligence agencies that Russian intelligence services were seeking to infiltrate state voter registration systems as part of a broader effort to interfere in the election.

The new material does not, however, suggest that actual votes were manipulated.

While partially redacted, the NSA document is marked to show it would be up for declassification on May 5, 2042. The indictment against Winner alleges she “printed and improperly removed” classified intelligence reporting that was dated “on or about May 5, 2017.”

Classified documents are typically due to be declassified after 25 years under an executive order signed under former President Bill Clinton.

The NSA opened a facility in Augusta in 2012 at Fort Gordon, a U.S. Army outpost.

The FBI and several congressional committees are investigating how Russia interfered in the 2016 presidential election and whether associated of President Donald Trump may have colluded with Russian intelligence operatives during the campaign.

Trump has dismissed the allegations as “fake news,” while attempting to refocus attention on leaks of information to the media.

Winner graduated from basic military training at Lackland Air Force Base in San Antonio in 2011. Investigators determined she was one of only six individuals to print the document in question and that she had exchanged emails with the news outlet, according to the indictment.

U.S. intelligence agencies including the NSA and CIA have fallen victim to several thefts of classified material in recent years, often at the hands of a federal contractor. For example, former NSA contractor Edward Snowden in 2013 disclosed secret documents to journalists, including The Intercept’s Greenwald, that revealed broad U.S. surveillance programs.