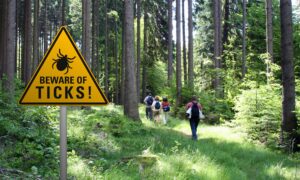 Consumer price inflation (CPI) in Europe dropped during the month of April, as the latest release showed that prices rose 2.6 percent on a yearly basis.  This is a slight drop from the 2.7 percent rise that was seen in March but the number was slightly higher than the 2.5 percent forecast that was generated by most market analysts.

The President of the European Central Bank (ECB) released comments outlining the official inflation outlook at the end of last week and he used the term “broadly balanced” to describe the factors that could potentially threaten price stability in the region.  Essentially what this suggests is that the ECB is content with current interest rate levels, at least for the time being.  Energy prices have dropped in the last few weeks, and this is supportive of the ECB’s current stance as global demand forecasts continue to moderate.

Interest rates in Europe are currently seen at 1 percent and at the moment markets are expecting no change in policy at the central bank’s next policy meeting on May 3rd.  There has been very little evidence of concern within the central bank relative to inflation as voting members are clearly more focused on developments in Spain and other countries affected by the region’s sovereign debt crisis.  ECB inflation forecasts are seen at 1.6 percent for the remainder of 2013, which is below the historical target rate of 2 percent.

Oil prices are a major factor in whether or not these forecasts will be accurate and the commodity has dropped 1.8 percent since the beginning of February.  Drops like this leave consumers with higher levels of disposable income, and if this trend continues expect the difference to filter into other sections of the economy and potentially improve corporate earnings during the next reporting period.

Looking ahead, the next major macro release out of Europe will come with the unemployment survey, which will be released on May 2nd, and is expected to come in at a slight increase of 10.9 percent for the month of March (from 10.8 percent previously).  Part of the logic for the negative forecasts is coming from the declines in consumer sentiment that were reported last week, and this suggests that Euro area businesses will be less likely to make new hires as news headlines continue to focus on negative aspects of the regional economy.  Given the latest rally in the Euro, a negative employment report is likely to present some high risk to reward shorting opportunities.

The EUR/USD has seen an impressive rally in the last few weeks, but when we pull out to the daily charts we can see that the pair is coming into some significant resistance levels that are likely to contain prices this week.  Weekly down trend line resistance coincides nicely with the 100 day EMA and the RSI is approaching overbought territory.  As such, long term shorts can be taken in this area, targeting a drop back to at least 1.30.

The DAX is continuing to press higher, breaking short term resistance levels and the next upside target is now seen at the confluence of resistance at 6930.  This area shows the daily down trend line as well as the 61.8% Fibonacci retracement of the drop from 7210.  Wait for a rise here before entering into new short positions.