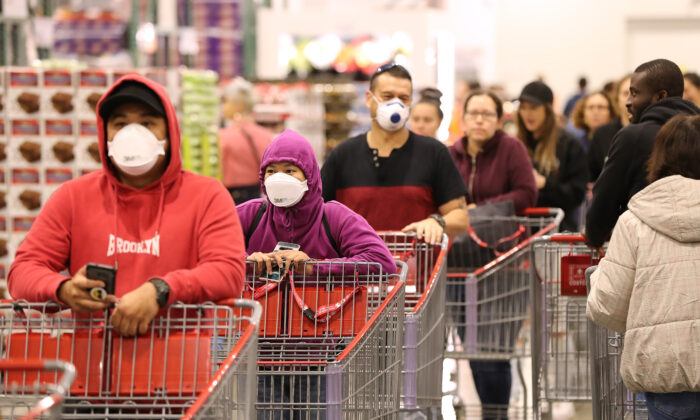 Retailers say facial recognition technology where the camera scans your face and is mapped back to a database is used to 'combat criminal activity.' (Paul Kane/Getty Images)
Australia

Major Australian supermarkets and department stores, including David Jones, Target, The Good Guys, and Rebel, have vowed to steer clear of facial recognition technology with no plans to introduce it.

“Woolworths, Coles, Aldi, Target and Big W, among others, have all told us that they aren’t using this highly controversial technology in their stores and don’t plan to,” consumer data advocate Kate Bower said.

“We know the community is really worried about the use of facial recognition, with some describing it as ‘creepy and invasive’,” she said.

A survey of over 16,000 people conducted by consumer group Choice in July 2022 revealed that 80 percent wanted budget retailer Kmart and hardware chain Bunnings to stop harvesting their personal data during their shop.

“Unfortunately, both Bunnings and Kmart continue to use facial recognition technology on customers at a number of their stores,” Bower said.

“The fact that so many other major Australian retailers aren’t using facial recognition is a clear sign that Bunnings and Kmart should immediately reconsider their decision.”

Australia’s privacy watchdog, the Office of the Australian Information Commissioner, has begun an investigation into the personal information handling practices following CHOICE’s complaint.

While Bunnings has refused to back down, Kmart and The Good Guys have paused the use of facial recognition technology in some of their stores while the commissioner investigates.

The findings mischaracterise the hardware store’s use of facial recognition, Bunnings CEO Simon McDowell said, which is mainly for preventing theft and abusive behaviour towards staff and customers.

“We let customers know if the technology is in use through signage at our store entrances and also in our privacy policy, which is available via the homepage of our website,” McDowell said.

The privacy policy on their website states that images from facial recognition software are used for preventing theft, fraud and “store safety purposes” without going into detail or specifics about how the data is managed.

Bower said team members visited stores to investigate and found Kmart and Bunnings had installed minimal signage to warn customers that they were subject to data collection—potentially putting the companies in breach of privacy laws.

The Privacy Act requires retailers to only collect sensitive biometric information that is reasonably necessary for a store’s function, and the individual has to actively give consent.

Professor of media studies at Monash University Mark Andrejevic said a small sign at the store entrance does not indicate consent.

“The concern is notice and consent; it’s not in highly visible forms of public notification that would invite people to understand what’s taking place,” he said.