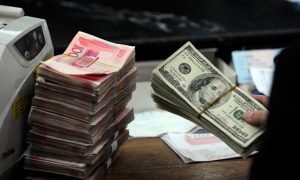 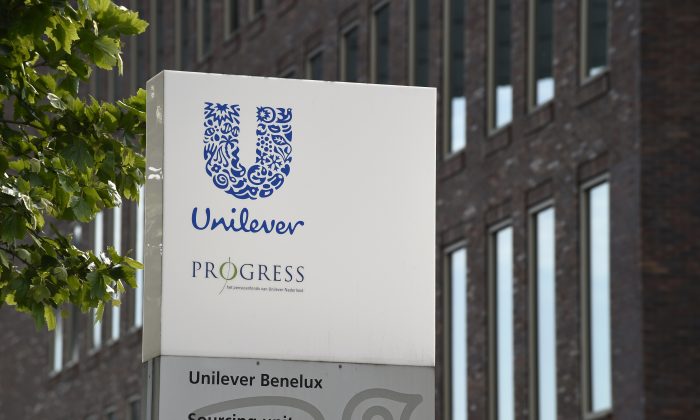 The logo of Unilever at the headquarters in Rotterdam. Unilever is a multinational company in the field of food, personal care and cleaning products. (John Thys/AFP/Getty Images)
Companies

LONDON—Major consumer companies including Unilever, Procter & Gamble, and Nestle are chasing consumers who want food and household goods delivered automatically, even though this kind of business has not always worked.

It also wants to expand the Tails.com subscription pet food from Britain to continental Europe, one of its executives told Reuters. It is testing the service in France for a possible launch this year.

Unilever on Jan. 21 will launch its Skinsei brand in the United States after testing, offering “personalized” skincare by subscription. Unilever expanded its Dollar Shave Club subscription razor service to include cologne and beard oil in 2018 and toothpaste in 2017.

Meanwhile, Procter & Gamble, the world’s largest home and personal care company, expanded its Gillette on Demand razor subscription service to Canada. Subscribers can text when they are ready for their next shipment.

Selling directly lets manufacturers skirt retailers, giving them more profit and control over pricing, promotions and merchandising. This helps when retailers such as Amazon and Sainsbury’s are pressing consumer product companies for discounts and pouring resources into own-label products.

Subscription selling gives them guaranteed revenues, a better picture of customers and can make goods cheaper to deliver.

“They’re getting it to you on a specific date, but they don’t have to get it to you in one or two days,” said retail analyst Scott Mushkin at Wolfe Research. “It’s a way for them to manage down their logistics and distribution costs.”

Amazon has offered discounts since 2006 with its Subscribe and Save program, which gives people up to 15 percent off when they sign up for repeat deliveries of household items.

The trouble with subscriptions, analysts say, is high cancellation rates as consumers get bored, high marketing costs, costly delivery and the fact that people often end up with goods they don’t want.

Mondelez International has suspended its Oreo Cookie Club, a program rolled out last year. For $20 per month, subscribers got a box containing Oreos in different flavors, with recipe cards, candy and merchandise such as Oreo-branded socks, sunglasses or cups.

After three months, Ruby Scarbrough canceled her subscription, saying in an online review that she could buy the cookies more cheaply at a store.

Nobody has “cracked the code” for snack subscriptions, he said, though Mondelez may give its Oreo club another shot, likely with more flavors, better merchandise or a better online experience.

While subscriptions delight some consumers, they frustrate others because “you end up with too much of the product or too little”, Procter & Gamble CFO Jon Moeller told Reuters.

Growing, but How Much

Euromonitor International says subscription shaving clubs, including Dollar Shave and Harry’s, took about 12 percent of the $2.1 billion U.S. market for men’s razors and blades in 2017, up from 6.4 percent two years earlier. But Dollar Shave’s sales have slowed dramatically, with Unilever in October citing growth of around 10 percent year-to-date, compared to more than 50 percent in 2016, the year it bought the brand.

Unilever said a slowdown was not unusual but it was “pleased with performance” at Dollar Shave, whose North American business would be close to breakeven this year.

“We don’t force you to subscribe at the beginning,” Ciobanu said about the Skinsei brand, which she created inside the company. Skinsei aimed to keep shoppers loyal in part by making changes to the products it recommends based on the season of the year and other factors, she said.

Ciobanu said Skinsei’s products could be combined into more than one million skincare regimens. She declined to give sales projections.

However, she and other executives said it was unclear whether subscription brands would take off or remain niche.

“For now it’s still early adopters. The question mark is how long will it take to become more mass, and I think nobody has the answer to that question,” said Bernard Meunier, who runs Nestle’s Purina Petcare business in Europe, Middle East and North Africa.