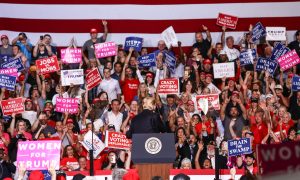 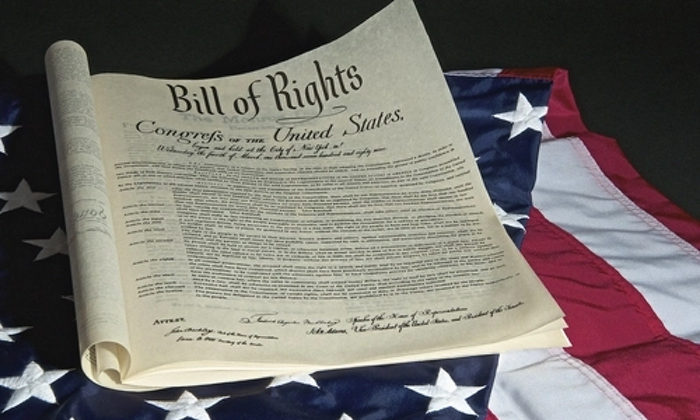 Part 5 of 5 on understanding the Bill of Rights

In honor of U.S. Constitution Day, on Sept. 17, we present a five-part series on the Bill of Rights. It reveals how the first 10 amendments to the Constitution guarantee freedom of speech, religion, and the press, and, in so many other ways, limit the power of the federal government and secure the rights of individuals.

Congressman James Madison, who co-authored the “The Federalist” papers along with Alexander Hamilton and John Jay, played an important role in drafting the U.S. Constitution at the 1787 constitutional convention in Philadelphia. He also worked for its subsequent ratification. In 1791, he penned what would become the American Bill of Rights.

Madison had been an opponent of inclusion of a Bill of Rights as the Constitution was being written, thinking it unnecessary in terms of the structure of the new government. He came to realize, however, that such a list was politically necessary in order to guarantee ratification of the Constitution and the stability of the young nation.

As he worked on the draft, he had to win public support while preserving the structural integrity of the Constitution. He reviewed more than 200 proposed amendments—including such things as a proposal from Pennsylvania that farmers should always be guaranteed a bounty for squirrel pelts—and distilled them to 20 amendments with a separate preamble.

Madison actually wanted to amend the language of the Constitution to insert these rights, but during floor debates, it was decided to add them as an appendix rather than rewrite everything. Only because it was an appendix did it become known as a separate document. If Madison had his way, Americans probably never would have thought of it that way. As it was, people didn’t refer to it as the “Bill of Rights” for many years.

George Washington commissioned 14 handwritten copies of that document—one for each of the original 13 colonies and one for Congress. On Oct. 2, 1789, he sent a copy to each of the states and kept one in the Capitol. Twelve of Washington’s original documents survive to this day. Two were lost in fires. North Carolina’s copy has the most interesting story.

North Carolina wasn’t prepared to ratify the Constitution until a bill of rights was added. Immediately following its ratification and its entry into the United States on Dec 22, 1798, one of Washington’s copies was sent to North Carolina’s capitol in Raleigh. The front of the parchment was signed by John Adams and Speaker of the House Frederick Muhlenberg. A North Carolina clerk signed the back of it for record-keeping purposes before he put it into a filing box labeled: “1789 Proposed Amendments to the Constitution of the U.S.,” where it seems to have stayed until the U.S. Civil War.

On or about April 13, 1865, Gen. Sherman’s Union troops marched through North Carolina and into Raleigh. At the capitol, soldiers raided display cases and took what they wanted, leaving papers and broken glass strewn between the Senate and the House of Commons. A Union infantryman took the document as a souvenir and brought it to his home in Tippecanoe, Ohio. On the day after the war ended, the unnamed soldier sold it for $5 to Charles Shotwell, a grain salesman in Troy, Ohio. In 1897, state officials discovered that Shotwell had possession of the document. He refused to return it, and nothing more was heard until 1925.

For almost 60 years, Shotwell kept the document at his home. When he finally agreed to part with it, a colleague named Charles I. Reid contacted the North Carolina Historical Commission to offer it for sale. A letter dated March 25, 1925, said that the possessor wished “any reasonable honorarium.” North Carolina officials, however, said the document was stolen property and had to be returned without payment, so they refused to make an offer.

The copy resurfaced in 1995, when a Washington attorney, representing several unidentified individuals, contacted the North Carolina Department of Cultural Resources wanting to sell it. The individuals claimed the document was worth $3 million to $10 million. State officials, however, still considered it stolen property and said they wouldn’t use tax dollars to pay for it.

Then, in 2003, Wayne Pratt, an antique collector who was a regular on PBS’s “Antiques Roadshow,” told potential buyers that he had found one of Washington’s original Bill of Rights in an upstate New York antiques store. He claimed it couldn’t be traced back to any state; thus it was perhaps not stolen. (In reality, Pratt had purchased it from two Connecticut women for $200,000.) He tried to sell the document to the National Constitution Center, a museum in Philadelphia.

The National Constitution Center sent it to Washington historians, who found a faint bit of handwriting on the back side of the document. It turns out the writing belonged to the same North Carolina state clerk who, in 1789, had first signed it before depositing the document in the archives. Thus, this was the missing North Carolina copy of the Bill of Rights.

Next, came an arrest and seizure that could have been ripped from a movie script. It involved an FBI undercover agent posing as a philanthropist, a $4 million check, and half a dozen agents bursting into the room where a deliveryman carrying the document had just arrived. Subsequent court proceedings determined that North Carolina was the innocent owner of stolen property and was entitled to recover the document. Pratt relinquished his claim in exchange for the promise that he wouldn’t be prosecuted for any potential crime associated with the attempted sale.

So, North Carolina’s copy of the Bill of Rights is back home. Due to its age and susceptibility to damage from light, North Carolina only exhibits it on special occasions. The protections that it provides, however, are among the most precious rights of American citizenship.

They remain in place, even if not on display, at all times.