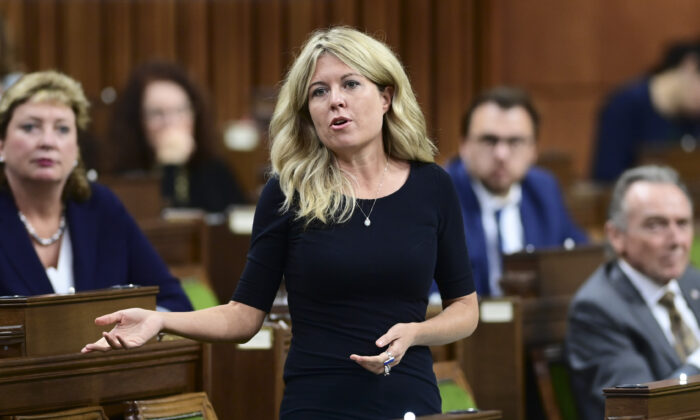 The Conservative Party is calling for a national security review of the purchase of a Canadian lithium mining company by a Chinese state-owned enterprise.

Zijin Mining Group Co. Ltd announced it would be purchasing Neo Lithium in October, opening a 45-day period during which the federal government could conduct a review. However, no review took place.

“It’s concerning that the foreign takeover of Canadian lithium mining company Neo Lithium was not immediately subject to a national security review by the Liberal government,” wrote Conservative MPs Michelle Rempel Garner and Ed Fast in a statement.

Rempel Garner, critic for natural resources, and Fast, critic for industry, note the mineral is an important component of electric vehicles that “could play a key role in meeting our climate targets.”

They also say that shortages of these critical minerals are detrimental to supply chains, noting the impact the shortage of semiconductors is having on the auto industry.

Perhaps a reason why the deal did not trigger an automatic review is because Neo Lithium’s sole project, the 3Q mine—which it says is one of the largest lithium brine deposits in the world—is located in Argentina. But there could be other concerns related to the nature of the purchaser or the transfer of proprietary information.

Prime Minister Justin Trudeau has made securing critical minerals a key objective for his minister of Innovation, Science and Industry, François-Philippe Champagne.

Trudeau wrote in his December mandate letter to the minister that he should work to attract investments in “minerals processing, cell manufacturing, and zero-emissions vehicle parts and assembly manufacturing” and “ensure the protection and development of our critical minerals.”

Champagne, along with Natural Resources Minister Jonathan Wilkinson, was told to launch a Canadian Critical Minerals Strategy to make Canada a global leader in mining and the production of batteries.

Currently, Canada is not extracting lithium from the ground despite having reserves. The North American Lithium mine operated shortly in Quebec in 2018 and 2019 but closed due to low prices. Sayona Québec purchased the mine last August and announced in December it was working on a relaunch and was conducting additional drilling.