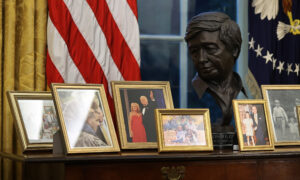 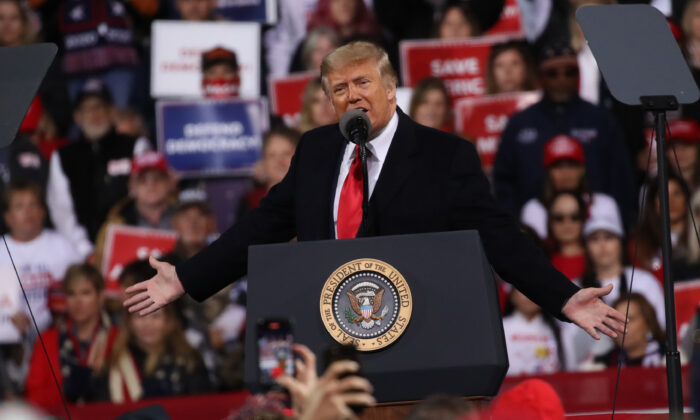 President Donald Trump’s threat that he would veto the CCP virus stimulus bill received support from some GOP lawmakers.

“This is the worst bill, and it typifies the swamp,” Rep. Andy Biggs (R-Ariz.) told Fox News. “Because it’s terrible, both from a process and a substantive point of view.”

Trump, he said, should employ a pocket veto “so there isn’t an override vote” of the measure.

On Tuesday night, the president released a video saying that Congress should pass a bill with less foreign aid, funding to government buildings, and other projects. What’s more, they should provide $2,000 direct payments to Americans rather than $600 ones, Trump remarked.

“President Obama is now a conservative when it comes to stimulus because his unemployment didn’t juice it up. He just extended it,” Paul told Fox News. “Cash payments is a ridiculous, terrible, foolish, no-good idea, because you’re just printing out money to give to people … It’s going to ruin the value of our currency ultimately.”

However, Paul said he feared the $2,000 direct payments and checks measure would be tied to more spending.

“If it were an either-or, it would be a little bit of a different situation, but I can tell you from experience in Washington, these jokers never replace spending,” he added. “They’ll never do the responsible thing and exchange wasteful spending for useful spending.”

In the video, the president pointed to hundreds of millions of dollars tagged for the Egyptian military, Cambodia, Burma, “gender programs” in Pakistan, and funding for other countries.

Trump also noted that tens of millions of dollars are going to the Kennedy Center in Washington, “which is not even open for business,” as well as the National Gallery of Arts and the Smithsonian. Other non-pandemic measures were included, such as combatting the spread of Asian carp in the Great Lakes area, construction projects at the FBI, and others.

“Congress found plenty of money for foreign countries, lobbyists, and special interests,” he added. “While sending the bare minimum to the American people who need it.”

“It wasn’t their fault; it was China’s fault,” he remarked, referring to the CCP virus pandemic.