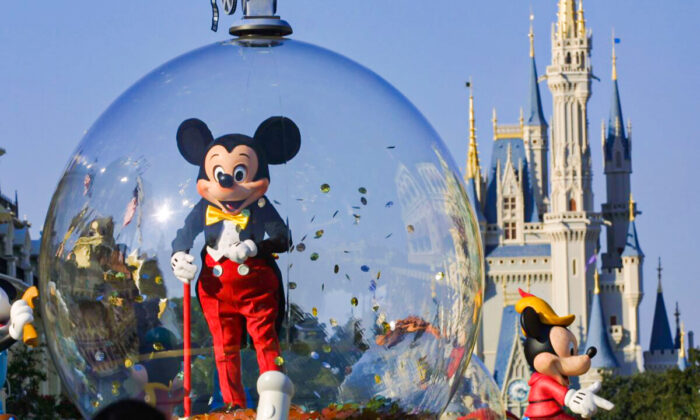 Disney made “a terrible miscalculation” when it condemned Florida’s new parental rights law and alienated the non-woke “silent majority” within the company, according to Jose Castillo, a current Disney employee and Republican congressional candidate.

Castillo, who is running in the Republican primary for Florida’s 9th Congressional District, said his employer’s decision to take a stance against the newly-signed Florida law could be “bad for business,” considering the move only serves to appease a small but very vocal group of “raging liberal” employees who advocate radical sex and gender ideology.

Officially titled “Parental Rights in Education Act,” the Florida law in part prevents public schools across the state from encouraging classroom discussions about “sexual orientation or gender identity” in kindergarten through grade three, or in a manner that is not age-appropriate or developmentally appropriate for students.

The law has been referred to as the “Don’t Say Gay” bill by its critics and major media outlets, although its text doesn’t contain such language.

“There’s this misconception that everyone at Disney are just raging liberals, and I think that can’t be farther from the truth,” Castillo, who identified as “a strong conservative,” said on Wednesday in an interview with Fox News. “I have tons of people that are working for the Walt Disney Company that reach out to me daily on social media [who are conservatives].”

Shortly after Florida Gov. Ron DeSantis signed the law, Disney declared that the “goal as a company” is to have “this law to be repealed by the legislature or struck down in the courts.” Castillo suggested that this indicates a double standard on democracy.

“The Left talks about democracy, but what about our democracy right now?” Castillo questioned. “The people of Florida, a lot of Disney cast members, voted for our state legislature. These are duly elected members of the Florida House of Representatives and the Florida Senate who passed this bill and sent it to the governor.

Castillo’s comments come amid controversy surrounding videos that have gone viral on social media, in one of which Latoya Raveneau, executive producer for Disney Television Animation, said at an internal meeting that she was advancing a “not-at-all-secret gay agenda” to inject “queerness” into cartoon shows meant for children.

“In my little pocket of Proud Family Disney TVA, the showrunners were super welcoming … to my not-at-all-secret gay agenda,” she said in one of the clips obtained by journalist and filmmaker Christopher Rufo. Raveneau is the director on the upcoming animated series, “The Proud Family: Louder and Prouder,” a reboot of the early 2000s classic “The Proud Family.”

“I felt like maybe it was that way in the past but I guess something must have happened—they’re turning it around, they’re going hard,” Raveneau said, adding that she was “just, wherever I could, adding queerness” and “no one would stop me, no one was trying to stop me.”