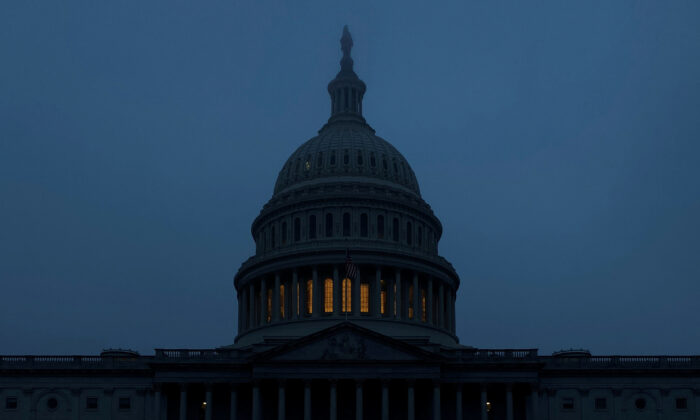 The U.S. Capitol dome is shrouded in early-morning mist, in Washington on Dec. 9, 2019. (Jonathan Ernst/Reuters/File)
Politics

WASHINGTON—The United States government would be prohibited from asking job applicants about their criminal history at the start of the hiring process under a bill that could become law this week, in a move that would lower a barrier for ex-offenders seeking work.

The legislation is tucked into a defense bill that cleared a procedural hurdle by a vote of 76-6 in the Senate on Monday, setting up a vote on final passage. President Donald Trump is expected to sign it into law as soon as the end of the week.

Known as the Fair Chance Act, the measure is a top priority for criminal justice advocates, who say it will prevent federal agencies and contractors from automatically disqualifying ex-offenders from employment before they can even be interviewed.

“In the middle of impeachment, Congress and the White House can still come together to pass criminal justice reform,” Inimai Chettiar, the legislative and policy director for the Justice Action Network, said in an interview.

Federal agencies and contractors would be able to ask about criminal records later in the hiring process.

Versions of the legislation, known as “ban-the-box” laws, have been adopted by 35 states and the District of Columbia.

The practice of asking people upfront to disclose whether they have a criminal record has disproportionately affected minorities, particularly African-American males—a group that is incarcerated at more than five times the rate of whites, according to the NAACP civil rights organization.

“Finding meaningful work is the single most important factor in keeping an ex-offender on the straight and narrow,” said David Safavian, the deputy director for the American Conservative Union’s Nolan Center for Justice.

It marks the second year in a row that Congress has rallied around bipartisan criminal justice reform legislation.

Those changes have led to the early release of more than 3,100 prisoners, according to the Justice Department.