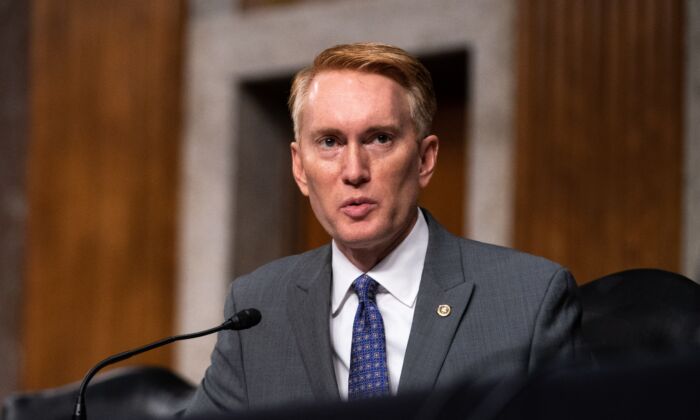 A group of House and Senate lawmakers will come together to form a bipartisan caucus to build on the success of the historic Abraham Accords and encourage further cooperation between members, while attempting to expand the agreement to include more nations that do not currently have diplomatic relations with Israel.

“The Senate Abraham Accords Caucus encourages partnerships between the United States, Israel, Arab states, and other relevant countries and regions,” said the mission statement (pdf). “The bipartisan Caucus also provides Congressional leadership to strengthen and expand the Abraham Accords by promoting the benefits of normalizing relations with Israel,” it added.

While the Abraham Accords resulted in peace, acceptance, and economic cooperation between Israel and the United Arab Emirates (UAE), Bahrain, Sudan, and Morocco, the newly formed caucus will “encourage and seek to incentivize” countries that do not have diplomatic relations with Israel to join the agreement.

The Israeli Knesset’s Abraham Accords Caucus welcomed the initiative by their American counterparts. “I deeply cherish the support from the United States and offer my congratulations on the establishment of a sister-caucus in America, with whom we can advance further frameworks for regional cooperation,” said Knesset member Ruth Wasserman Lande in a statement.

The bipartisan caucus will also encourage partners in Europe to promote the Accord and highlight its importance in the Middle East, besides trying to resolve the long-standing Israeli-Palestinian conflict. It will enable U.S. institutions to invest in the development of the region and serve as a platform for engaging with the leaders of Egypt, Jordan and Palestine.

The Accords made possible a tripartite deal between Israel, Jordan, and the United Arab Emirates, under which Jordan will develop renewable energy for Israel, while Israel will work on water desalination solutions for the Arab country.

Long considered impossible by previous administrations and policy experts, the Abraham Accords were one of the highlights of President Donald Trump’s tenure in the White House. His son-in-law and senior adviser, Jared Kushner, led negotiations on the deals, and it was signed on Sept. 15, 2020.

The Biden administration has indicated a possibility of including more Muslim-majority countries into the framework like Saudi Arabia, Comoros, Kuwait, Qatar, Indonesia, and the Maldives.

“In just one year, the Abraham Accords have already transformed the Middle East by contributing to regional peace and stability, promoting U.S. interests, and enhancing Israel’s security,” said Rosen in a statement.

Booker said that the United States has a bigger role to play in fostering relationships between Israel and other Arab countries.

“I stand with Israel and for lasting peace in the Middle East, alongside my colleagues, as we launch the Abraham Accords Caucus,” said Lankford. “We will seek peace through expanding and encouraging the Accords and set the example for other nations who desire peace. Matthew Chapter 5, verse 9 importantly reminds us that ‘Blessed are the peacemakers, for they will be called children of God.’”