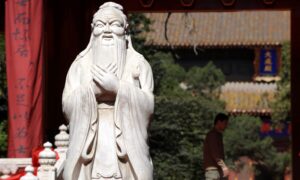 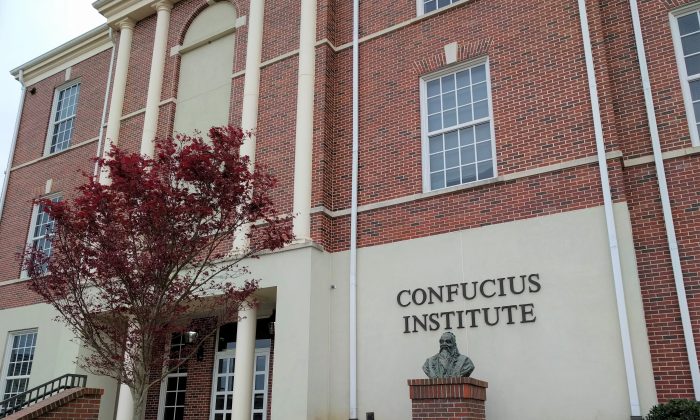 The Confucius Institute Building on the Troy University Campus in Alabama on March 16, 2018 (Kreeder13 via Wikimedia Commons)
Chinese Regime

Webster University issued a statement on Oct. 10 that the representative of its Confucius Institute, Liu Qiang (also known as David Liu), was found dead in his apartment after police searched his home amid an investigation.

The Missouri-based university emphasized that it “has no evidence or reason to believe” that the reported investigation or Liu’s death is linked to the school or to its Confucius Institute.

Liu was the representative of the Beijing Language and Cultural University at the Confucius Institute at Webster University since January 2019. References to Liu’s profile were removed from the university’s website on Oct. 10.

According to an Oct. 9 report by the St. Louis Post-Dispatch, the police informed the university of Liu’s death on Oct. 7, but didn’t mention the cause of his death.

The St. Louis County Police stated via email that the police and the FBI searched Liu’s apartment in Webster Groves on Oct. 6 amid an investigation into a child pornography case.

However, Webster University stated that it will conduct its own investigation to determine whether anyone in the community has been harmed by the incident.

On the evening of Oct. 11, Beijing Language and Culture University also released a statement confirming the news of Liu’s death. However, the Chinese school omitted mentions of Liu’s alleged child pornography charge. At the end of the notice, it stated: “Given the relevant situation is under investigation, please do not listen to or spread unconfirmed information.”

The Trump administration has recently stepped up its efforts to combat the CCP’s infiltration on U.S. campuses in recent months.

The State Department said the institutes “push out skewed Chinese language and cultural training” for U.S. students as part of Beijing’s “multifaceted propaganda efforts,” and that the Chinese regime partially funds these programs “under guidance from the CCP’s United Front Work Department.”