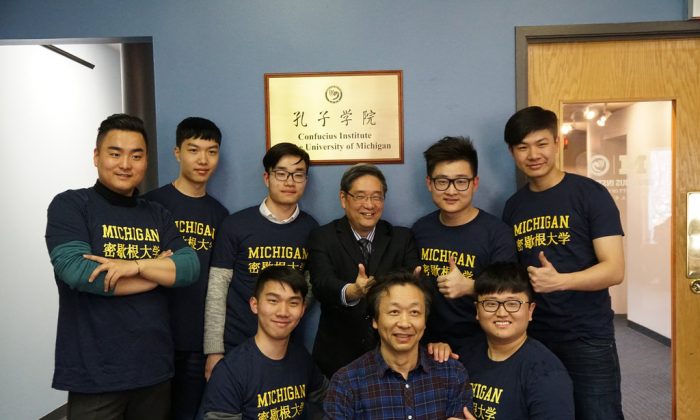 Confucius Institute at University of Michigan Set to Close Mid-2019

The University of Michigan (U-M) has decided not to continue hosting a Beijing-linked Confucius Institute from as early as mid-2019, the university’s newspaper announced on Dec. 10.

The University Record reported that the university won’t renew its agreement for a third term with the Chinese Communist Party’s (CCP’s) Office of Chinese Language Council International, also known as HanBan in Chinese. The university will stop hosting the Confucius Institute when its current HanBan partnership expires in June 2019, when such activities will be integrated into the university’s existing Chinese cultural programs.

The university said it has informed HanBan of the decision.

“This transition is driven by a desire to more broadly include the work of exploring and studying Chinese visual and performing arts within U-M’s regular academic and cultural units,” James Holloway, the university’s vice provost for global engagement and interdisciplinary academic affairs, told the University Record.

The university said it is exploring “alternative ways to support the greater U-M community to continuously engage with Chinese artistic culture.”

Currently, 107 U.S. colleges and universities host branches of the Confucius Institute, according to a report by the National Association of Scholars. There are more than 400 branches across the world that seek to “strengthen educational cooperation with China, develop Chinese language education, and increase intercultural understanding with the peoples of China,” according to the U-M Confucius Institute website.

The institutes—from the United States to Australia— have been under close scrutiny recently for their links to the CCP. The U.S.-China Economic and Security Review Commission’s latest report calls Confucius Institutes a front for infiltrating and spying. The China-funded education centers “also advance Beijing’s preferred narrative and subvert important academic principles, such as institutional autonomy and academic freedom,” the report said.

The U-M Confucius Institute said its role is to “help promote cross-campus faculty engagement in the arts and cultures of China” through “active participation of faculty and staff in many of the U-M’s schools and colleges.”

There also have been concerns that the CCP is using Confucius Institutes to coerce other nations to be more sympathetic to its agenda, through its use of “soft power.” The report said HanBan offers attractive packages to foreign schools and universities to set up Confucius Institutes that are staffed by Chinese teachers who are selected and funded by the CCP.

In August, a newly passed U.S. defense bill included a provision to bar the Department of Defense from using any funds on Chinese-language programs offered by Confucius Institutes.

University to Remain Engaged With China

U-M “remains dedicated” to engaging with China, its newsroom said, adding that its history of friendship with China dates back as early as the 1850s, well before the CCP’s campaign of political persecution and the Cultural Revolution of the 1960s.

“Today, U-M has a large and growing portfolio of partnerships with China in research and education, ranging from engineering to science, medicine to management, and health to humanities,” Holloway said.

In China, the Communist Party is using subversion, espionage, and corruption against the United States, and is actively infiltrating and undermining key institutions to damage the United States and advance the interests of the Chinese regime.