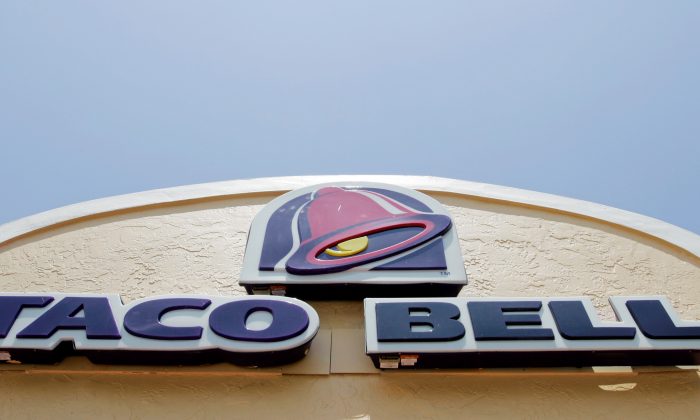 A Taco Bell restaurant is shown in Lantana, Fla. Taco Bell recalled over 2 million pounds of seasoned beef on Oct. 14 due to fears over metal contamination. (AP Photo/Alan Diaz, file)
Crime and Incidents

A confrontation over taco sauce led to a shooting on Dec. 31 at a Taco Bell in Oklahoma.

After a customer complained about the sauce, the situation devolved to the point where shots were fired.

“It appears that there was some type of confrontation with an employee through the drive-thru,” Master Sgt. Gary Knight with the Oklahoma City Police Department told KFOR. “A man was complaining about not getting enough sauce, or not getting any taco sauce and was very upset.”

The man allegedly fired at least one round through the drive-thru window then went inside the Oklahoma City Taco Bell.

“The employees locked themselves in the bathroom,” Knight said. “He apparently left. It’s unclear exactly what he did while he was in there as they were hiding.”

The employees could hear the suspect “banging around inside the store, but were unsure what he was doing,” police told KOCO.

The gun the man used was described as a “semi-automatic handgun.”

Police officers said that the suspect was described as a black male.

The incident comes less than two weeks after a Kansas woman died from a gunshot wound sustained at a Taco Bell in Kansas City.

Police officials told WDAF that the woman was shot in the Taco Bell parking lot and ran into the fast food establishment for help. She was rushed to the nearby University of Kansas Medical Center.

“At this point we are kind of at the beginning stages,” Kansas City Police Department officer Zac Blair said. “We have gone from a minor aggravated battery to a homicide. We will recheck everything we did in the original call and we are going to redo it and make sure everything gets done correctly.”

Police officials initially said that the woman’s injuries weren’t life-threatening but she later died during surgery.