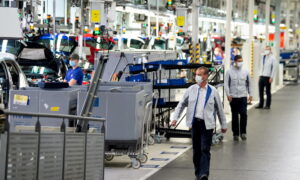 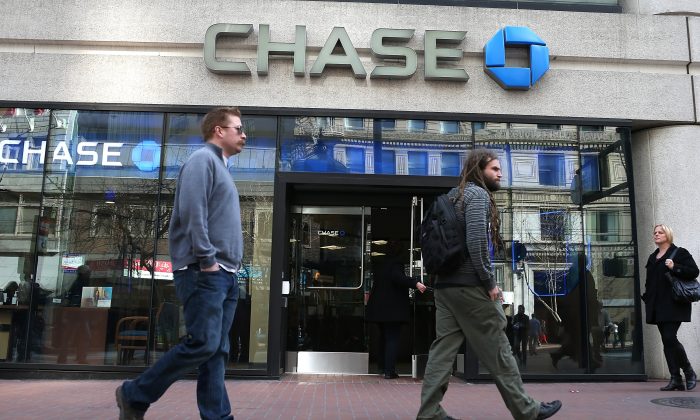 Pedestrians pass by a Chase Bank branch in San Francisco, Feb. 20, 2013. In the banking industry, the design and location of branches and the quality of customer service are important factors in building a leading brand.
Business & Economy

In most industries, there are a handful of dominant players who compete fiercely and keep profits at relatively stable levels, a healthy trend for the industry and shareholders.

But despite its more than 100 years of history and constant industrywide consolidation, the U.S. banking industry is still in a very fragmented state. Regulation certainly has played an important role in shaping the banking landscape, but the lack of innovation by banks in brand building and product differentiation is also to blame.

The best way to build a strong and identifiable brand is pretty straightforward: Become the biggest shareholder of one or several of the best brands people associate with. This is possible because the stock market undergoes severe corrections every 8 to 10 years and company valuations cheapen.

“Investors should remember that excitement and expenses are their enemies. And if they insist on trying to time their participation in equities, they should try to be fearful when others are greedy and greedy when others are fearful,” Buffet wrote in a 2004 letter to shareholders.

In retail banking, the outward appearance of branches and high-quality customer service are of equal importance. Wells Fargo clearly has an edge in customer service, but many of its branches, especially in the eastern United States don’t look that impressive. Most of these branches were presumably inherited from Wachovia, taken over by Wells Fargo in 2008.

TD Bank has the best branch design, but its footprint is still limited to certain parts of the East Coast. Chase Private Client is differentiating Chase’s brand and has a very bright future, but in some states, Chase has the worst branch location in terms of building design and convenience. This could be a result of hurried expansion and a lack of planning. The appearance of branches is one of the most important factors in brand equity and should get the highest attention from top management instead of delegating it to regional managers.

For the all-important credit card business, Chase is the clear leader in terms of innovation with Chase Sapphire, Chase Freedom, and Ink. This customer segmentation is a brilliant business strategy, but there are still significant deficiencies in understanding customers’ needs.

Now many families make most of their credit card purchases on one card, with family members using one account with different cards. The monthly statement from Chase groups all spending together, causing customers great inconvenience in tracking expenses. This made Chase lose business to American Express, which handles this aspect better.

In addition American Express is a pure credit card company, therefore more professional, with better customer service. Other banks have similar problems but we take Chase as an example, because it has the biggest potential to grab market share from the most lucrative customers in the market.

Investment banking is currently a very difficult industry to make an impact. Since it is based on relationship building and market execution, size does not play the most important role. Recent pressure from regulators has negatively impacted profitability and the scope of investment banking, especially at universal banks. JP Morgan built up its Treasury & Securities Services (TSS) division to give its brand an edge. Given the global footprint of TSS, there are some indications of early success.

Because of the popularity of low-cost self-directed investing, asset management contributes less and less to the profitability of financial institutions. However, this area is still important because it needs little capital and its role as a gateway for clients to buy other products from the company. There are so many players in this field no clear winner will appear in the United States, let alone on a global scale, at least in the short term. Currently, Morgan Stanley and UBS are leaders in this market. For the future, more innovation to make it simple and easy to manage one’s wealth in a cost-effective way might bring back customers.

It is very difficult to be in the banking business in developing countries because of their relatively corrupt legal systems. There’s high risk to credit and to the brand, so it’s risky as a potential investment play. However, Citigroup has had moderate success in Mexico and Latin America by purchasing stakes in local firms. Thus banking is not a growth business in general, but mostly a question of who takes market share from whom, leading to fierce competition.

Right now, only JP Morgan Chase seems to have the potential to be the leading global bank brand. The CEO Jamie Dimon still has years to run on his contract and exudes confidence. Nonetheless, many things need to work out just right for JP Morgan to maintain the position or build its lead. JP needs new products and to fix the few shortcomings in its top-notch risk management—the “London Whale” comes to mind. Given the fierce competition in the market, even if JP Morgan manages to do this, its lead for the future is far from guaranteed.

Warren Song and Frank Yu are contributors to the Epoch Times.