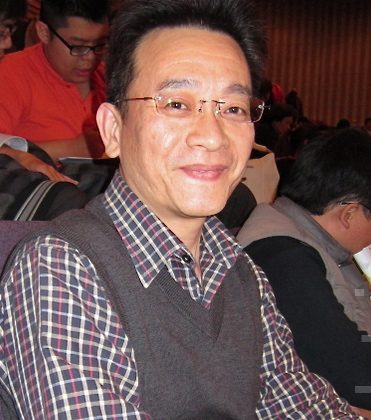 KAOHSIUNG, Taiwan—Shen Yun Performing Arts New York Company’s 2012 premiere in Kaohsiung was a sold-out performance at the Kaohsiung City Cultural Center on the evening of March 12. Deeply moved by Shen Yun’s performance, Mr. Huanwei Li, who runs a trading company, said that the message he got from watching Shen Yun was one of spiritual inspiration. It had broadened his horizons and had given him new insights into the divine, he said.

New York-based Shen Yun, the world’s leading classical Chinese dance and music company, has as its mission the revival of China’s authentic, divinely inspired culture, “which the Chinese Communist Party has for decades tried to destroy: a tradition of spiritual self-discipline and veneration for the divine,” says the company website.

Mr. Li found the performance to be awe-inspiring. “I think it’s really not easy to integrate Chinese culture into the performing arts, but the whole performance was so smooth that the artists must have gone through strenuous and painstaking trainings,” he said.

He was particularly impressed by the program How the Monkey King Came To Be. He said, “Most people are familiar with the story of Journey to the West, and it is great to interpret it in this way.”

Mr. Li was also deeply moved and impressed by Shen Yun’s award-winning solo vocalists. “I think the artistic conception of the lyrics conveyed the idea that the Dharma is omnipresent,” he said. He also believed that through the performing arts one could show that Buddhas do exist.

He said that watching Shen Yun had broadened his mind and enlarged his perspective on life. He said, “What it [Shen Yun] displays is the evolution of history, transcending from the ancient times to the modern society.”

Shen Yun is a Global Sensation

On the second night, of Shen Yun Performing Arts New York Company’s three-day run, Mr. Deng quickly caught on to the fact that Shen Yun is a global sensation, saying it was truly a dazzling and soul-touching performance.

Mr. Deng said: “This was the first time that I have attended a performance of such grandeur. From the moment that the curtain was raised, I was completely in awe. Every detail in every program is meticulous.

“During the performance, I experienced the richness of Chinese culture first-hand. Shen Yun has become a global force [in conveying ancient China’s divinely-inspired culture]. Everyone should come and enjoy the performance.”

What was particularly memorable for Mr. Deng was the power and the beauty shown by the performers. Seeing the body language and movement of the artists, Mr. Deng was deeply touched and could sense that they performed with all their heart and soul.

It was pure coincidence that Mr. Deng became aware that Shen Yun was again performing in Taiwan. After learning that the New York-based company had toured Taiwan for 6 years in a row, he decided to get himself a ticket and came to see the performance.

Mr. Deng believed that Shen Yun should be promoted to everyone, especially students. According to Shen Yun’s website, “the performance is a presentation of traditional culture as it once was, where virtues are greatly valued. Principles such as benevolence and justice, propriety and wisdom, respect for heaven, and divine retribution all come to life.”

Mr. Deng commented that “from every single aspect, costumes, dance, backdrop, and music, one can sense the strenuous work that goes into this production. They [the artists] must have spent hours in training, and were steadfast in what they were doing, to be able to put on such a magnificent performance. It is also educationally quite positive.”