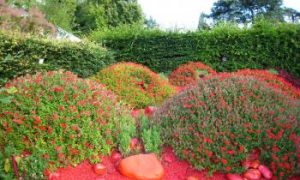 Communicating Through the Game of Go

“Go [the game] is like life,” said Yasuda Yasutoshi at the end of a go seminar he gave in a school for talented children in Israel. Yasutoshi, also called Yasuda Sensei (in Japanese, professor Yasuda), is at the highest level of the game of go (9-dan). He is regarded as one of the best players in the world.

Yasutoshi is especially appreciated and famous for the “Yasuda method,” which he developed with the aim of using the game as a means of communicating and increasing tolerance in society. The method has been adopted in Western countries due to its good results.

The Game of Go

Go is the oldest board game in the world, estimated to be 4,000 years old. It comes from China, where it is known as weiqi. It is said to have had a cosmic significance in ancient China. For generations, it was one of the four art forms that every cultivated man had to master, together with calligraphy, drawing, and music.

In the 5th century B.C., it is first mentioned in writing in the book Zuo Zhuan, the first history book written in China, which describes the time period between the 8th and the 5th centuries B.C.

From China, the game spread to all of Asia. It got the name “go” when it arrived in Japan in the 7th century B.C. Before being spread to the public, it was first reserved to the royal court.

Today in China, it is still considered a game reserved for the high society. In the West, go became popular in the 19th century.

Even though go is a very ancient game, its rules have stayed the same, thanks to their simplicity, which makes it so beautiful. Before the two players begin to play, they express their esteem for each other and thank each other.

Between them is a wooden board grid and to their side are black and white “stones.” The goal is to encircle the opponent’s stones and conquer his territory.

“Go is a very interesting game, but the reason why I started to teach it was to try to save children,” the professor said. “Seventeen years ago, I read an article about a 13-year-old child who committed suicide after being a victim of abuse at school,” he said.

“I was surprised and wondered how a child could arrive at such an extreme. I decided to investigate, and after six months, I had the opportunity to read the journals of children who committed suicide, and almost all of then finished with ‘Mummy, Daddy, I am sorry because you cannot raise me anymore.’

“I realized then that had an adult or a friend perceived the child’s suffering, he or she would probably not have committed suicide,” Yasutoshi said.

Yasutoshi thought of a way to help children to establish a means of communication with others. He decided to use what he was most familiar with—the game of go.

Yasutoshi explains that even when verbal communication exists, our ability to transmit our ideas to the other person is limited. A rift can appear between the two sides, resulting in a lack of comprehension and in anger.

“When you place a ‘stone’ on the board, you receive the response of the person in front of you. Communication between human beings is the most important thing. When you play with someone, he listens to you, you listen to him,” Yasutoshi said.

When watching children play, one can really see how “listening to the other” is essential to the game. If a child solely thinks of conquering the other without considering his opponent’s moves, he will certainly lose.

Despite the game’s simplicity, players claim that it takes on infinite depth. It seems this depth finds its expression in the dialogue created between the players.

“In order to improve communication, one must learn to better express oneself, but knowing how to listen is also very important. One who listens communicates better,” Yasutoshi said.

Aiming at tolerance and the destruction of prejudice, Yasutoshi begins his lecture with children by talking with them about Japan. “If I just want to teach the game of go, I mustn’t explain anything, I will only teach the technique.

“But it may be the first time that the children meet someone from Japan. It’s important that they learn about Japanese people’s way of thinking and their sensitivity.”

Therefore, to teach go is to teach accepting others and breaking stereotypes. Yasutoshi not only teaches in schools, but also in nursing homes, psychiatric hospitals, institutions for the handicapped, and other institutions.

Yasutoshi also organizes meetings between elderly people and children. “It is important to understand that people are different from us. Just like people’s faces, thoughts they have are also different. It is important to meet with others. In order to eliminate prejudice, there is no other way. Go is an opportunity to create this direct communication, the meeting.”

“Life doesn’t always unfold the way we desire,” Yasutoshi said. “Not everyone likes to lose, but it is very important to know how to accept losing. After losing a few times, a child’s face will start to change. He doesn’t take it badly like in the beginning, and even if he loses, he is happy to play.”

During the past years, Yasutoshi has sacrificed his time to promote peace and friendship in the world by means of the game of go. In many countries, go associations are active and hold competitions and meetings.