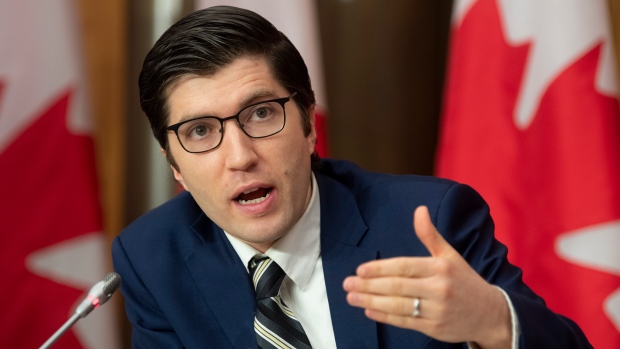 A Conservative MP says his party aims to bring back the special Canada-China Relations Committee, which it originally put aside citing other priorities and resources issues.

Tory MP Garnett Genuis, who was a member of the special committee in the last parliament, said on Twitter on Jan. 17 that “after much reflection” he decided to speak with The Globe and Mail last week to advocate for the return of the committee.

“Since that interview, I’ve been told that Conservatives will now work to bring the committee back. This is good news. It will hopefully allow us to pick up where we left off,” Genuis wrote.

“The Canada-China Relations committee played a key role highlighting emerging human rights and security issues. Events in Hong Kong, the Olympics, and fears of election interference highlight the need for it to resume asap.”

In that Globe article relating to Genuis’ comments, Conservative MP and foreign affairs critic Michael Chong was quoted as saying his party would try to bring back the committee later this year.

“We were always going to bring back the special committee on Canada-China relations – the question was when,” he said in a statement obtained by The Globe.

Just weeks ago there was no such certainty among the China watchers and activists who wanted Ottawa to take a stronger stance against Beijing.

Chong told The Globe in December his party was resource-strapped after the creation of two new committees—the new Special Committee on Afghanistan, a Conservative initiative, and the Liberals’ new Standing Committee on Science and Research—and that it wanted to concentrate on examining Canada’s withdrawal from Afghanistan and its immediate fall to the Taliban.

While Chong said at the time his party’s stance on China had not changed, Genuis told The Globe he thought his party was dropping the committee out of fear that criticism of the Chinese Communist Party was hurting the Conservatives at the polls.

According to the Globe, along with Genuis, four other Conservative MPs are pressuring party leader Erin O’Toole to reinstate the committee. Those MPs are Pierre Paul-Hus, John Williamson, Chris Warkentin and Michael Cooper.

Another Tory MP, Mark Strahl, also added his voice via Twitter on Jan. 17, saying “We should fight to have it reinstated ASAP.”

O’Toole told The Epoch Times in a Jan. 13 interview preceding the latest developments that the committee would likely return.

Special committees are not permanent and must be voted on when a new Parliament opens.

Bloc Québécois MP and foreign affairs critic Stéphane Bergeron, who was a member of the previous Canada-China committee, told The Epoch Times in an email his party was always favourable to reviving the committee, and was “greatly disappointed” when the Conservatives chose to focus on Afghanistan.

“We are pleased to finally see them understand that the CACN [Canada-China] committee is even more relevant now, with the weight of the illegal detention of the two Michaels [Spavor and Kovrig] and the extradition request of Meng Wangzhou now lifted, at a time when Canada-China relations are at a crossroad,” Bergeron said.

News that the committee focused on probing relations with China outside the permanent Foreign Affairs Committee was welcomed by Beijing critics such as Canada’s former ambassador to China David Mulroney.

“With the appointment of a new [ambassador], the Huawei decision and the release of a promised China strategy all in the works, the committee is more important than ever for holding govt accountable,” Mulroney wrote on Twitter, also thanking Genuis for speaking out.

Human rights advocates like the Canada Tibet Committee also commented on the news.

“Amidst the growing attacks on the religious freedom of Tibetan people by the Chinese government, the revival of the Canada-China Relations committee is all the more critical. It has been a rare platform to make our concerns heard,” it said on Twitter.