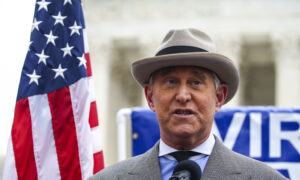 The writing of the ”Country Reports” was a massive undertaking, according to Posner, speaking at the press conference held March 11, the day that the Department of State released the document. No other documentation of human rights violations comes close to being as universal and comprehensive. It contains over 2 million words, covering virtually every country in the world. Posner said it took nearly a thousand people to report, write and edit reports covering 194 countries.

Yet, members of the Lantos Commission sighted shortcomings in the report.

The hearing was called by the Tom Lantos Human Rights Commission which Jim McGovern (D-Mass.) and Frank Wolf (R-Va.) co-chair.

Appointed in Oct. 2009, Posner heads the office of the Bureau of Democracy, Human Rights, and Labor at the State Department, which is responsible for this report.

Posner stressed that it is better for the U.S. “to be engaged” with the governments with poor human rights records than “to stand on the sidelines.” In an answer to Rep. Anh “Joseph” Cao (R-La.)’s question on Vietnam, Posner said that it was important for U.S. diplomats to express our positions publicly as well as in private conversations.

Posner said that one standard should be applied for all, and that means the U.S. has to scrutinize closely its own shortcomings on human rights. Hearings are being held across the country—New Orleans; El Paso, Texas; New York state; Dearborn, Mich.; Washington, D.C. and more to come—as the State Department prepares for its Universal Periodic Review (UPR) this coming fall.

Under the auspices of the United Nations Human Rights Council, all 192 members of the UN are required to undergo UPR by 2011. The United States human rights report will assess its own human rights violations and what is being done to improve human rights in the U.S.