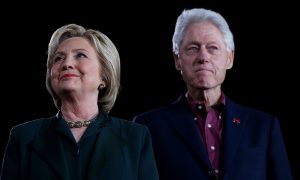 Report: Clinton, Podesta Hack May Have Been Due to a 3-Letter Typo
0
Share Now
FacebookTweetParlerEmail
Copy Link 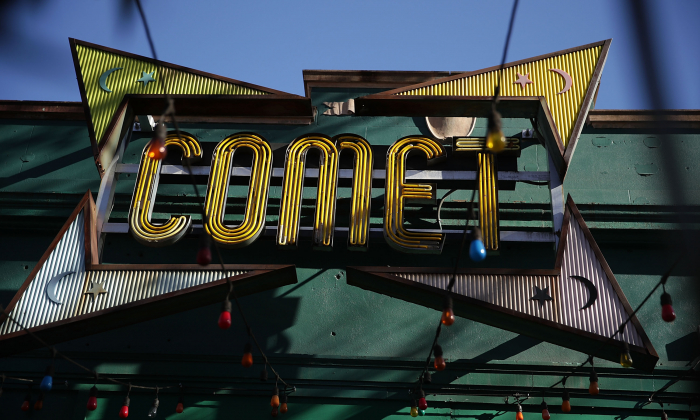 The sign of Comet Ping Pong pizzeria on Connecticut Avenue, on Dec., 5, 2016, in Washington. (Alex Wong/Getty Images)
US News

A fire broke out at the Comet Ping Pong pizza restaurant in Washington at 9 p.m. on Jan. 24, according to WJLA.

The restaurant gained nationwide fame after a man broke into the establishment with a gun in December 2016 acting on a conspiracy theory triggered by the release of thousands of emails stolen from Clinton campaign chairman John Podesta. The theory, since named “Pizzagate,” alleged that Comet Ping Pong and nearby restaurants engaged in child-sex trafficking and other grave crimes involving high-level government officials.

Some of the patrons who were at the restaurant at the time the fire broke out believe the blaze was started deliberately.

“All of a sudden we see these flames. A fire has been started—a very big fire,” Nicole Lafragola, a witness, told WJLA.

Another patron, a male who did not identify himself, said that a curtain at the back of the restaurant suddenly went up in flames. He pulled down the curtain while the staff put out the fire.

“I smelled what smelled like a lot of lighter fluid,” the man said. “My suspicion is it’s arson, I don’t have the evidence on that.”

Lafragola said she saw a man acting oddly before the fire broke out. The way he left the restaurant also made her suspicious.

“He seemed like he was there with a purpose obviously, and he didn’t stick around. This gentleman doesn’t acknowledge that he sees this fire, he just walks right out and doesn’t make eye contact with anyone,” Lafragola said.

DC Fire is reviewing evidence to determine if the incident was caused by arson or not.

Podesta’s emails, released by WikiLeaks in October 2016, contained communications with James Alefantis, the owner of Comet Ping Pong, about a fundraiser for Hillary Clinton.

The emails also contained many strange references to food, among them a reference to a handkerchief described as having a “map that seems pizza related.” Since “cheese pizza” is slang for child pornography, online sleuths suspected that the strange food references could be code language for child abuse. The suspicions were inflamed with voluminous circumstantial evidence, including a Comet employee posting images fusing images of pizza and sexual intercourse.

Welch was sentenced in June 2017 to four years in prison.

U.S. District Judge Kentanji B. Jackson said that while nobody was injured when Welch fired his weapon inside Comet Ping Pong, his actions “literally left psychological wreckage.”

Welch acknowledged as part of a guilty plea in March that he entered the restaurant with an AR-15 and a revolver. He said he drove to the restaurant from North Carolina.

The judge said Welch “forged ahead” with an “ill-conceived plot” even though others urged him to abandon it. If Welch believed children were being harmed, he should have notified law enforcement, the judge said.

Welch’s attorney had asked for a sentence of 1.5 years in prison, while prosecutors wanted 4.5 years.

Welch spoke briefly to apologize, saying he realized that his words “cannot undo or change what already happened.”

His mother, father, sister, and fiancée were in the courtroom.

Two Comet Ping Pong workers and owner James Alefantis spoke before sentencing. Alefantis called “Pizzagate” a “vicious web of lies” and said many people had suffered because of Welch’s actions.