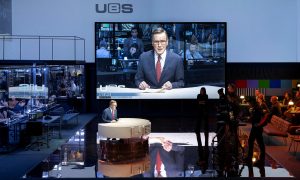 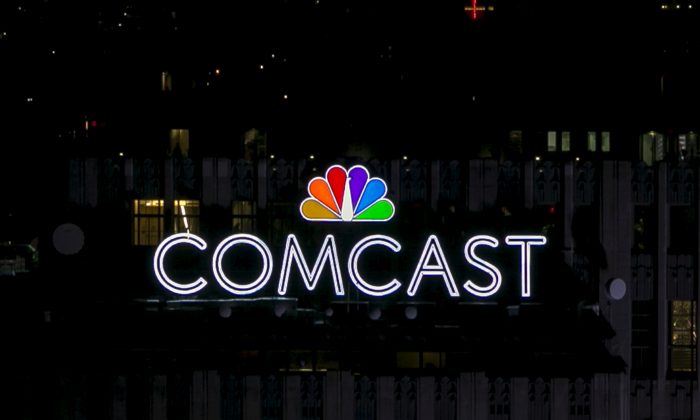 The NBC and Comcast logo are displayed on top of 30 Rockefeller Plaza in midtown Manhattan in New York July 1, 2015. (Reuters/Brendan McDermid)
Companies

The results also reinforced why Comcast’s NBCUniversal news and entertainment arm has announced a streaming strategy that appears less disruptive to traditional television and movie businesses than services planned by AT&T Inc. and Walt Disney Co.

NBCUniversal in January announced an advertising-supported streaming TV service that will launch in 2020.

Unlike Netflix Inc., which charges a monthly fee and is seen as a threat to traditional pay television, NBC’s streaming service will be free for its pay-TV customers. It will initially be available to about 50 million customers and expand as NBC negotiates with other pay-TV providers.

Comcast said it lost 29,000 video customers in the quarter, less than the 33,000 it lost last year and the 62,000 estimated by analysts, according to research firm FactSet. Revenue slipped 1.6 percent to $5.58 billion.

Revenue from Comcast’s high-speed internet business climbed 10 percent to $4.4 billion as the company added 351,000 net subscribers, up from 350,000 a year earlier. Still, the net subscriber additions fell short of the average analyst estimate of 356,000.

“Forgive us for wondering aloud why the market thinks cable is somehow a doomed business,” analyst Craig Moffett of MoffettNathanson, said in a report after the results. “It’s hard to imagine a better testimony to the strength and resilience of the cable model.”

On the media side, business was also growing. NBCUniversal reported a 7.1 percent rise in revenue to $9.40 billion.

Comcast, which beat Rupert Murdoch’s Twenty-First Century Fox in an auction for Sky, said revenue reported from the British pay-TV group was $4.59 billion. On an adjusted basis, revenue was $5.02 billion.

Overall, Comcast revenue jumped 26 percent to $27.85 billion in the fourth quarter. On an adjusted basis, revenue was $28.28 billion. Analysts had expected revenue of $27.55 billion, according to IBES data from Refinitiv.