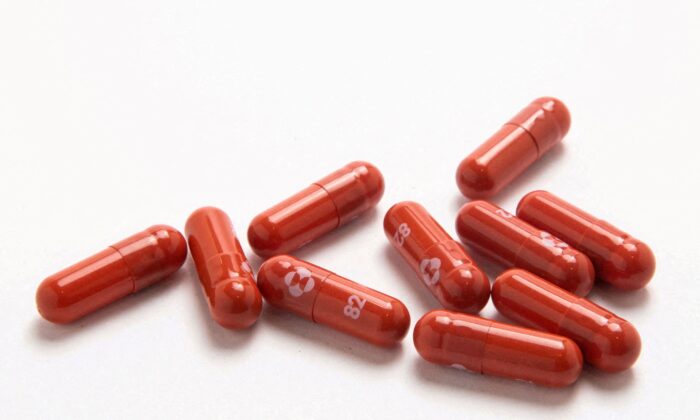 Researchers have found that combining the antivirals remdesivir or molnupiravir with the experimental drug brequinar could be effective in treating the Chinese Communist Party (CCP) virus, which causes COVID-19.

Researchers found that combining the experimental drug brequinar with either of the two drugs, which have been approved by the U.S. Food and Drug Administration for emergency use, inhibited the growth of the SARS-CoV-2 virus in human lung cells and in mice.

Brequinar is currently being tested in clinical trials as a COVID-19 treatment and as part of a potential combination therapy for cancer.

“We demonstrated that brequinar and molnupiravir work better together than either drug alone in our mouse model of COVID-19,” said co-principal investigator Matthew Frieman and member of the Center for Pathogen Research at UMSOM.

“As the virus continues to spread and mutate, we want drugs that are accessible, easy to administer, and effective against the current and future variants.”

The study, which was funded through grants from the National Institute of Allergy and Infectious Diseases, the Penn Center for Precision Medicine, Mercatus, and the Bill and Melinda Gates Foundation, was published in Nature on Feb. 7, 2022.

Among the 122 drugs, were 16 nucleoside analogs—the largest category of antivirals that are used clinically.

Out of those 16 antivirals was remdesivir, an antiviral from Gilead Sciences which is given to patients intravenously and has been approved by the FDA to treat COVID-19, and Merck’s molnupiravir, an oral pill that was authorized for use in December and is taken twice a day for five days, within five days of the onset of symptoms.

Remdesivir works by incorporating into the RNA when the virus replicates, essentially stopping it from making copies of itself.

However, it has been criticized by some experts due to its high cost and serious side effects, which include gastrointestinal symptoms and kidney failure. The World Health Organization currently recommends against its use in hospitalized patients, regardless of disease severity.

Molnupiravir gets incorporated into the replicating virus and causes its genetic sequence to change, essentially causing the virus to mutate so that it cannot grow.

However, the drug is in short supply and has come under fire due to its potential to contribute to the development of cancer or cause birth defects in unborn babies.

“RNA viruses rely on a high supply of nucleoside triphosphates from the host to efficiently replicate, and we identified a panel of host nucleoside biosynthesis inhibitors as antiviral,” researchers said.

Another category of drug candidates identified by researchers stops the virus from making the RNA building blocks it needs to replicate, among them was brequinar.

Researchers have not yet tested the combinations in clinical trials as they tested the drugs in lung cells and in mice.

Yet they are hopeful that they have the potential to substantially reduce hospitalizations and deaths relating to COVID-19 and said the combinations were highly effective against multiple variants of the coronavirus.

The team is now in the process of testing the drugs against omicron.

Additionally, the researchers found that Paxlovid—an oral antiviral that has been authorized for emergency use by the U.S. Food and Drug Administration. — could be combined with remdesivir or molnupiravir for an “additive” effect against SARS-CoV-2.

The next step would be for these drug combinations to be tested in clinical trials.