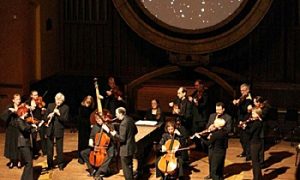 A Celebration of the Cosmos
0 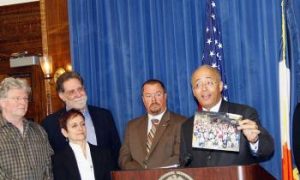 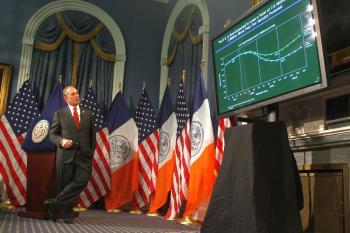 New York City Mayor Michael Bloomberg speaks at a news conference where he presented his executive budget at City Hall on May 1, 2009 in New York City. The Mayor discussed in detail the more than $300 million in additional spending cuts and the hundreds of layoffs of city workers due to the financial crisis the city is facing. (Spencer Platt/Getty Images)
US

By Tara MacIsaac
Print
NEW YORK—Mayor Michael Bloomberg announced Thursday an initiative he says will unite all the forces needed to get the city's buildings on a greener path quickly.

The NYC Urban Technology Innovation Center (UTIC) at Columbia University will connect colleges that develop green technologies with the companies that use those technologies in their products and services. These companies will, in turn, connect with real estate developers and building owners.

“It will help you to forecast where the industry is going, [and] where the technologies are going so that you can be sure you are getting out ahead of the curve, rather than having to react, which is what really up to now most building owners have had to do because information is just very difficult to gather and predictions are very hard to make,” said Seth Pinsky, president of the New York City Economic Development Corporation(EDC).

Though the center is located on the Columbia University campus, it is a broad academic collaboration. Other institutions, such as the City University of New York (CUNY), and New York University (NYU) will also contribute resources and data.

The announcement of this initiative comes a day after the mayor's State of the City address, in which he promised to promote environmental sustainability throughout the city to create green jobs and save money on energy. However much money this initiative will save in the long run, it will take an initial investment.

The EDC will invest $250,000. Columbia University, NYU, and CUNY will contribute over $500,000 in resources combined. Technology companies and building owners must pay a membership fee to participate in the program ranging from $1,000 to $50,000 a year depending on the membership level.

In addition to his plan to green the city, the mayor noted in his State of the City address that with budget cuts will come a heavier reliance on private funds for city initiatives. The city's contribution of $250,000 is a small fraction of the funds being used to run this operation.

Essentially, the city is tossing together the various ingredients for green technology development and stepping back to let it simmer.