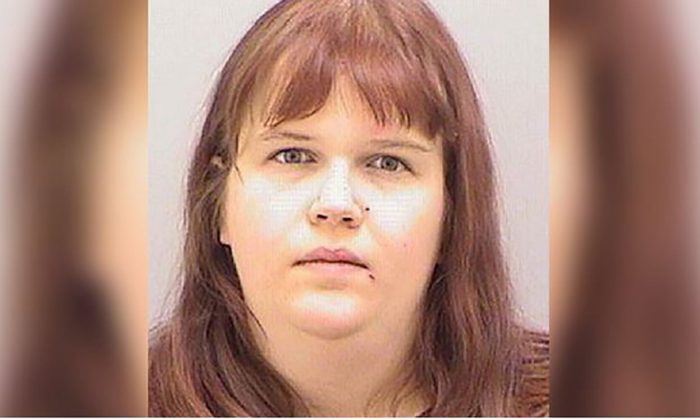 Camille Wasinger-Konrad has been found guilty of first-degree murder in the Jan. 2, 2018 death of her newborn daughter. (Douglas County Sheriff's Office)
Crime and Incidents

A Colorado woman accused of smothering her newborn daughter and throwing her over a fence into a neighbor’s yard has been found guilty of first-degree murder.

A jury in Douglas County handed down the verdict against 25-year-old Camille Wasinger-Konrad on Tuesday, Aug. 27, KMGH reported. Besides being found guilty of murder, Wasinger-Konrad was also convicted of tampering with physical evidence.

Wasinger-Konrad gave birth in her bedroom in January 2018, KDVR reported, supposedly without realizing she had been pregnant. She was cited in the report as saying she felt intense cramps after waking up on the morning of Jan. 2 and “the baby just came out.”

The investigation revealed that after giving birth, Wasinger-Konrad covered the baby’s nose and mouth, carried her outside and threw her into a neighbor’s yard, leaving the infant for dead.

Citing an interview recorded on a deputy’s body camera, KDVR reported that Wasinger-Konrad told detectives, “I just got rid of it.”

Her neighbor found the dead girl later in the evening and called the Douglas County Sheriff’s Office.

“This tiny baby was smothered by her mother, flung over a neighbor’s fence and left to die by the only human she had ever known,” Chief Deputy District Attorney Christopher Gallo said in court, according to KMGH.

“This defendant hurled her newborn 11 feet over an 8-foot fence, knowingly consigning her to her death. This little girl died in the cold without the dignity of even a name.”

Wasinger-Konrad is scheduled to be sentenced in November. The mandatory sentence for the crimes she has been found guilty of is life without parole.

Instead of inhumanely disposing of her newborn daughter, Wasinger-Konrad could have taken her baby to a police or fire station, or a medical center, and handed her over to the authorities with impunity. Colorado, like many other states, has a Safe Haven Law, allowing parents of infants to submit them to the care of the state, with no questions asked.

The way the Safe Haven Law works was evidenced by the case of a young woman who surrendered her newborn twins to a San Bernardino Fire Station in California on Jan. 28.

She told firefighters at the station she had just given birth to twins and wanted to leave the babies at Fire Station 302, a safe-haven site, under the California Baby Safe Haven Law, according to a Facebook post by the San Bernardino County Fire Department (SBCF).

Both babies—who were healthy, clean, and fed—were taken via ambulance to a nearby hospital for further evaluation. SBCF said the young mother refused medical attention and was told how she could reclaim her children if she wished to do so within 14 days, as per the safe surrender state law.

California’s Safe Haven Law protects the mother or surrendering person from criminal prosecution if they surrender the baby to a designated “safe-surrender site” within 72 hours of birth.

The baby and parent, or person with legal physical custody, both receive a confidentially coded ankle bracelet upon arrival. Under the law, the parent or surrendering person has 14 days to reclaim the baby if they change their mind by bringing their coded bracelet back to the site.

After a baby is received, he or she is examined, receives medical treatment if needed, and then placed in a foster or pre-adoptive home.

This policy was developed to prevent newborn babies from being abandoned, which is dangerous, illegal, and often results in the death of the child.

“You may have heard stories about babies being left in dumpsters, public toilets, or other unsafe locations. The parents abandoning their babies may have been under severe emotional or financial stress. The mothers may have hidden their pregnancies, fearful of what would happen if their families found out. Because they were afraid and felt they had nowhere to turn for help, they abandoned their baby,” according to the California Department of Social Services (pdf).