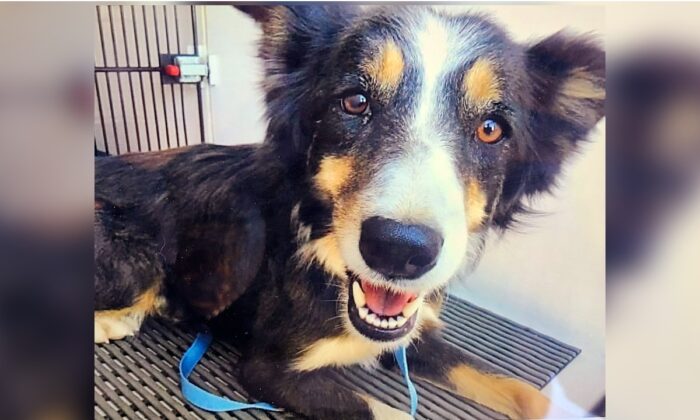 Colorado Dog That Was Missing for 2 Weeks Rescued From Ledge

COLORADO SPRINGS, Colo.—A dog missing for two weeks in Colorado was rescued from a ledge about 50 yards (46 meters) above a creek and is now back home.

An animal control officer with the Humane Society of the Pikes Peak Region anchored herself to a wooden fence and rappelled down to the dog using a mountaineering harness and rope provided by a man living nearby during the Dec. 1 rescue, the humane society said Monday on Facebook.

The dog later identified through her microchip and tag as Jessie Lee immediately wagged her and crawled towards the officer but the ground started slipping out from underneath the dog, the humane society said.

The officer put a catchpole around the dog’s neck and shoulder to slowly pull Jessie Lee closer safely so she would not fall. Another officer then lowered a second rope which was tied into a makeshift harness for the dog and pulled them both up to safety, the humane society said.

Jessie Lee was reunited with her owners, who had been looking for days since she went missing two weeks ago, the humane society said.