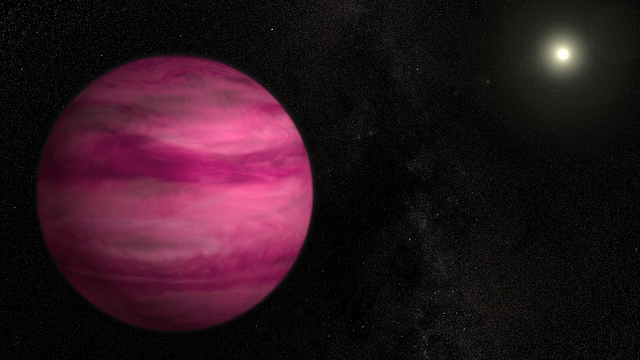 "This database gives us the first glimpse at what diverse worlds out there could look like," says Lisa Kaltenegger. (NASA Goddard Space Flight Center, CC BY)
Science

Color Key to Aid Search for Life on Exoplanets

To help find life beyond our solar system, scientists have created a colorful catalog containing reflection signatures of Earth life forms that might be found on the surfaces of far-flung planets.

The new database and research give humans a better chance of learning whether or not we’re alone.

“This database gives us the first glimpse at what diverse worlds out there could look like. We looked at a broad set of life forms, including some from the most extreme parts of Earth,” says Lisa Kaltenegger, professor of astronomy and director of Cornell University’s new Institute for Pale Blue Dots. The institute hosts the new database, which other researchers can use freely.

“Much of the history of life on Earth has been dominated by microbial life,” the scientists explain in PNAS. “It is likely that life on exoplanets evolves through single-celled stages prior to multicellular creatures.

“Here, we present the first database for a diverse range of life—including extremophiles (strange organisms) found in the most inhospitable environments on Earth—for such surface features in preparation for the next generation of telescopes that will search for a wide variety of life on exoplanets.”

To spot the tint of Earth, alien astronomers from Andromeda might measure light shimmering off the surface of a planet, as sunlight reflected from our planet’s vegetation reaches their telescopes. Conversely, astronomers here can see pigmentation on exoplanets and determine their chemical makeup by looking at their color.

“On Earth these are just niche environments, but on other worlds, these life forms might just have the right make to dominate, and now we have a database to know how we could spot that,” says Kaltenegger.

The group has gathered the cultures of 137 cellular life forms that range from Bacillusgathered at the Sonoran Desert to Halorubrum chaoviator found at Baja California, Mexico, toOocystis minuta, obtained in an oyster pond at Martha’s Vineyard. All 137 types may be foundhere.

“Our results show the amazing diversity of life that one can detect remotely on exoplanets,” says Siddharth Hegde of the Max Planck Institute for Astronomy and an incoming Cornell research associate.

“We explore for the first time the spectral signatures of a diversity of pigmented microorganisms isolated from various environments on Earth—including extreme ones—which will provide a more broad guide, based on Earth life, for the search for surface features of extraterrestrial life.”

Source: Cornell University. This article was originally published on Futurity.org