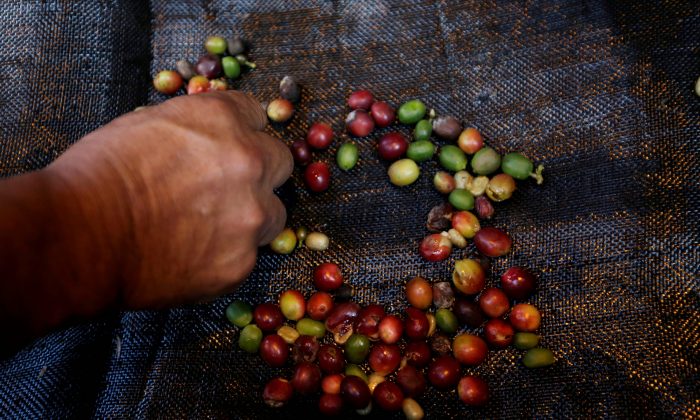 The federation in late February said it would discuss a possible unlinking from the New York benchmark price with other producers of high-quality arabica and buyers in an effort to sell coffee above production costs.

Prices on the New York market have hovered at or below $1 per pound so far in 2019. Last week, the most-active ICE arabica futures contract bottomed at a 13-year low of 94.65 cents per pound.

Brazil harvested a record-large coffee crop last year and is on track to produce another massive harvest this crop year, despite it being the off-year in its biennial production cycle.

Colombia, which prices much of its coffee at a differential to futures, is proposing an unlinking that would set its prices between $1.40 and $1.50 per pound. The Colombian federation is already beginning discussions with other producers, it said.

But despite the proposal’s popularity with struggling growers, an alternative price could have buyers looking elsewhere.

“There was a time a while ago, when Colombia was so far above everyone else, quality-wise,” said Shawn Hackett, president of Hackett Financial Advisors, a Florida-based futures brokerage and research firm specializing in agricultural commodities.

Colombia’s federation has long made the case to large buyers that it is in their interest to ensure producers earn a profit.

Coffee price cartels have been attempted before, but failed.

An effort in 2000 to get coffee producers to hold back 20 percent of output until prices climbed to $1.05 per pound was scrapped after just a few producer countries—including Colombia—agreed to participate.

The higher the target price, the greater the incentive for those outside a price agreement to increase output, a United Nations report on the effort said.

Successful control of coffee prices will also require the participation of importers, who have largely ignored requests to pay more, despite warnings that farmers will switch crops if they cannot turn a profit.

Due to slumping prices and delays in certifying organic beans, coffee producers in Peru, for example, have been seen abandoning their crop to work on plantations that grow coca, the main ingredient in cocaine, the federation there said recently.

In 2013, some Colombian farmers even floated switching from arabica coffee—which is a smoother-tasting, more expensive bean—to the cheaper-to-grow robusta, which is used more in instant coffee.

“If the spread between the market and the prices that the Colombian exporters are trying to charge gets big enough, you will probably see a lot of people switch over to other origins,” said a U.S. importer. “People will become less dependent upon Colombian coffee.”

“I don’t think the proposal is realistic,” said Giancarlo Ghiretti, of specialty exporter Caravela Coffee. “Selling large amounts of coffee outside of the market is difficult and risky. Large buyers will look to replace Colombia with other origins.”

“While the pressure to find quick economic fixes is understandable due to current market dynamics, history shows that policies designed to control price ultimately hurt those they are meant to protect,” the industry group’s president Bill Murray said in an email.

Colombia produced 13.6 million 60-kg bags of washed arabica last year, more than any other country but down 4.5 percent from 2017. Dry weather is expected to help the crop recover this year.