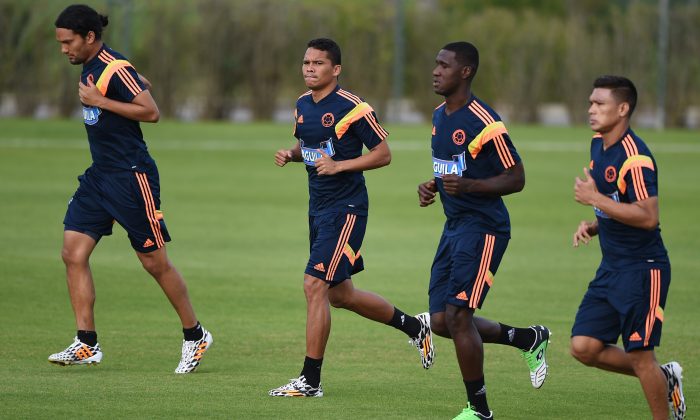 The game is set to kick-off at 4:00 p.m. EDT at Estadio do Maracanã, Rio de Janeiro.

No Suarez, no Falcao for Uruguay-Colombia Match

Bloomberg Sports: Colombia to progress on penalties after drawing match 1-1.