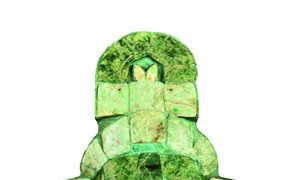 BOGOTA—Violence associated with campaigning for Colombia’s 2022 presidential and legislative elections occurred every four days over the past five months, an observation group reported on Wednesday, warning that threats and killings may increase as voting draws closer.

Between March 13 and Aug. 23 there were 29 violent incidents, which claimed six lives, the Peace and Reconciliation Foundation said in a report.

Most victims were elected public officials like mayors and city councillors from left-leaning parties like the Green Alliance and Human Colombia, the group said.

“This situation will likely worsen nationally given the strengthening of alternative political parties compared to traditional political classes,” the report said.

“As time passes and the registration of candidates moves ahead, we will see an increasing trend in acts of violence,” Esteban Salazar, one of the authors of the report, said at a virtual press conference.

Legislative elections will take place in March 2022, while a first-round of presidential voting will be held in May.

Though a 2016 peace accord between the government and the now-demobilized Revolutionary Armed Forces of Colombia (FARC) rebels broadly reduced violence, some areas still face mass displacements, murders, and other violence because of fighting between former FARC who reject the deal, crime gangs, and remaining rebel group the ELN.

Some 72 percent of perpetrators remain unidentified, the report said, while just over 27 percent of attacks were blamed on crime gangs.

“Someone is paying these assassins to kill these people, or to threaten them,” said the foundation’s sub-director Ariel Avila, adding victims often had reported corruption, illegal mining or the planting of coca, the base ingredient in cocaine.

“Where there are high levels of electoral competition, it would seem the use of violence is one more mechanism of political competition,” Avila said.

Violence and threats during campaigning for local and regional elections in 2019 affected 230 people, the study said, in incidents in 28 of Colombia’s 32 provinces.