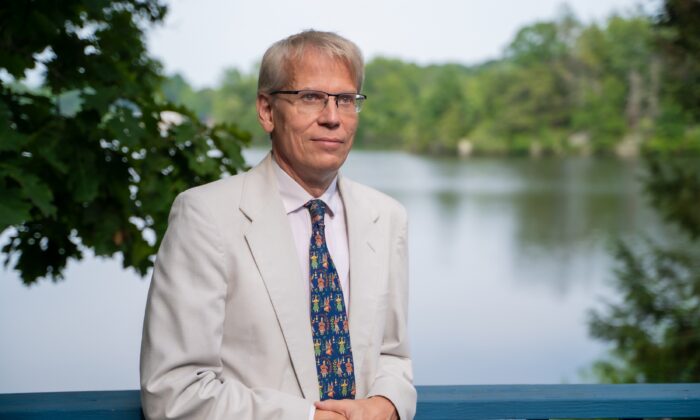 ﻿﻿Dr. Martin Kulldorff, a professor of medicine at Harvard Medical School and a biostatistician and epidemiologist at the Brigham and Women's Hospital, in Connecticut on Aug. 7, 2021. (York Du/The Epoch Times)
By Zachary Stieber