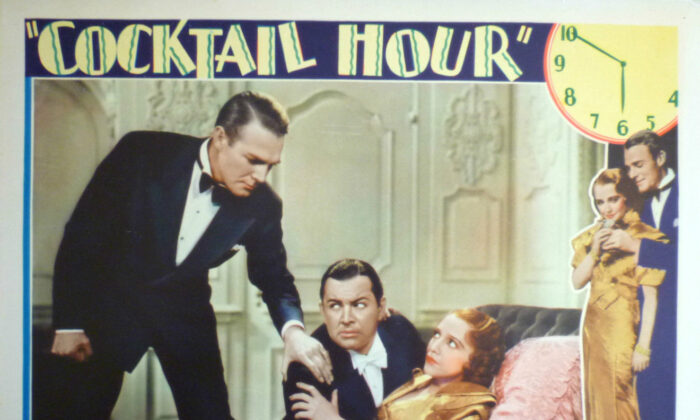 When I went to the Turner Classic Movies Film Festival (TCMFF) in late April, I had to be very particular when choosing which films to see. They screened dozens of films during the four-day weekend, many of which were played at the same time in different theaters. I ended up seeing fourteen feature films, a very full schedule, which was a fraction of the roster.

Although TCM’s television station and festival feature the words “classic movies” in their titles, the genre this defines is nebulous. Like cars, films are usually called classic as a complimentary alternative to old. Some put the cut-off year for classics at 1960, 1965, or 1970, but others stretch it to 1980 or later. Like physical antiques, movies which were new releases just one generation ago are now forty years old, so films from the late 20th century are now joining their mid-century counterparts as classics. TCM tends to take a very broad view of what is classic, including movies from the late 1980s or even the early 1990s which they deem worthy in their programming. It was no different at the TCMFF, where they played many movies from the 1970s and 80s.

Personally, I consider films made before the formation of the Classification and Rating Administration (CARA) in November 1968 to be “classic.” My favorite cinematic era is 1934-1954, when the Production Code Administration (PCA) enforced the Motion Picture Production Code carefully under Joseph I. Breen’s leadership. Most film buffs know less about the actual Breen Era than what came before, the Pre-Code Era. This was the brief period between the end of the silent era in the late 1920s and the formation of the PCA in July 1934. For those few years, filmmakers ran wild, with no deterrents besides the censor boards who unsuccessfully tried to tame the prurient content. Modern day viewers love pre-Code films because of their shocking risqueity. Since they are a vital chapter in cinematic history, I decided to watch one of the three pre-Code films screened at the festival.

The one pre-Code film I watched was “Cocktail Hour” from 1933. The other two pre-Code films played at the festival were “Jewel Robbery” (1932) and “Baby Face” (1933). Since I’d already seen “Baby Face,” I would have chosen “Jewel Robbery” if it hadn’t conflicted with another film I planned to see. “Cocktail Hour” fit nicely into my schedule, so it became my one Pre-Code selection. When I watch an occasional pre-Code, I usually choose one with actors I like. “Jewel Robbery” proved more popular because it stars big names William Powell and Kay Francis; “Cocktail Hour” stars Bebe Daniels and Randolph Scott, the latter of whom is not my favorite star, and the former of whom I had never seen before.

The premise of this film is pretty simple. Cynthia Warren (Daniels) is a successful illustrator in New York, who wants to “play around” without the burden of marriage or children, just like men do. She rejects proposals from her conventional employer, Randolph Morgan (Scott), instead deciding to take a trip to Europe. Aboard the boat, she befriends phony Russian pianist Olga Raimoff (Muriel Kirkland), another liberated woman. Cynthia falls for another passenger, sly Englishman William Lawton (Sidney Blackmer), and they begin an illicit affair. However, the romance fades when Cynthia learns that Lawton has a wife in England (Marjorie Gateson) who knows all about his dalliances.

I have seen many pre-Code films, but this is not one of the better I’ve watched. I don’t mean this in terms of inappropriate or Code-violating content, since I’ve seen much greater examples of that. I mean that many other pre-Codes I’ve seen are far more entertaining, even if they are more risqué or suggestive. The 1930s is one of my favorite decades of American cinema, so I can’t help enjoying the aesthetics, music, and overall style of many pre-Code films. However, those films contain excellent acting, clever dialogue, fascinating premises, entertaining musical numbers, or perhaps a rare look into a specific era or genre. This film, to me, offers very few of these things. Instead, it relies on the main stock and trade of what defines the Pre-Code Era: violation of the Production Code.

What Makes It Pre-Code

From this film’s opening frames, it’s clear that this is not a Breen Era film. Its very title declares defiance against law and order. It’s called “Cocktail Hour” and opens with an alcohol-soaked party, yet this movie was made during Prohibition. In addition to the obvious follies of drunkenness, imbibing in the United States had a criminal implication in the Pre-Code Era. Although it doesn’t contain the flagrant near nudity of other pre-Codes, it includes a few low necklines, unsupported bodices, and one of the essential lingerie scenes for the leading ladies.

The main pre-Code theme in this story is Cynthia’s radical view toward morality, romance, and relationships between men and women. In standard pre-Code fashion, her relationship with Lawton is far from subtle. Their first interaction is suggestive in word and movement. It’s very clear that they spend the night together, and the dialogue over breakfast the next morning dispels any doubt the audience might have had. Even if Lawton weren’t married, as Cynthia believes at the time, such a liaison would never be depicted so blatantly or casually in a Code film. When the Code allowed amorous immorality, condemnation or punishment for this promiscuity was required.

In Cynthia’s first appearance onscreen, she is holding court in a very brash, unfeminine way, drinking, smoking, wearing pants, and surrounded by doting men. When she tries a cocktail, she declares that it’s “weak enough for a man.” Such ridiculous feminist jokes got a good laugh at the screening, but these liberal pre-Code lovers don’t realize the joke is on them. This movie is clearly mocking the suffragist views which some women held in the years after the 19th Amendment granted them the vote. Cynthia exploits her sex’s newfound rights by behaving in a way which was considered scandalous for women at the time. Although Randolph’s declaration that her emancipated goals are not normal elicited boos at the screening, he was not intended to appear villainous. His conservative views about romance and marriage were standard at the time. Despite the immorality they plastered across the screen, the average 1930s filmmaker knew traditional values were still the American standard.

In the 1930s, “Variety” coined the term “breening” to describe Joseph Breen’s effective process of self-regulating movies to make them comply with the Production Code. Many pre-Code films, if hypothetically “breened,” can be imagined as good Code films. Other pre-Codes fall apart under breening, since there is very little to hold them together besides their questionable content. “Cocktail Hour” is such a film; if you removed its unacceptable content but didn’t replace it with anything of more substance, very little would be left. I can imagine how this movie could have been remade in the 1940s, perhaps with Spencer Tracy and Katharine Hepburn, depicting an emancipated businesswoman who realizes that she can’t fight nature; her life is unfulfilled without marriage and a family. However, a lot of clever dialogue and substantial plot material would have been added to replace Cynthia’s unapologetic immorality in the original film.

Is there any value to watching pre-Code films? Reading about some of them is enough to make viewers who appreciate traditional values want to stay safely nestled in the Breen Era entertainment forever. However, doing so can give you a warped view of Hollywood history. It’s impossible to avoid seeing some post-Breen entertainment, especially since so many newer films are now considered classic; even the most ardent old movie buffs are likely to watch post-Code films at least occasionally. If you don’t counter this by watching some movies made before the Breen Era, it’s easy to slip into the false idea that all movies were decent in the “good old days.”

I think it’s important for every person who appreciates the Breen Era to watch an occasional pre-Code film. They dispel any misconceptions about age equaling decency, since they clearly show that the old days were not inherently good. Without the Code, early talkie films were shockingly risqué. Watching pre-Code films makes us appreciate the Code by understanding what came before and realizing what the PCA kept out of films for decades. Absence makes the heart grow fonder, so increase your love for the PCA in its 88th anniversary month by missing it with a pre-Code film!