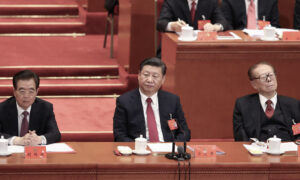 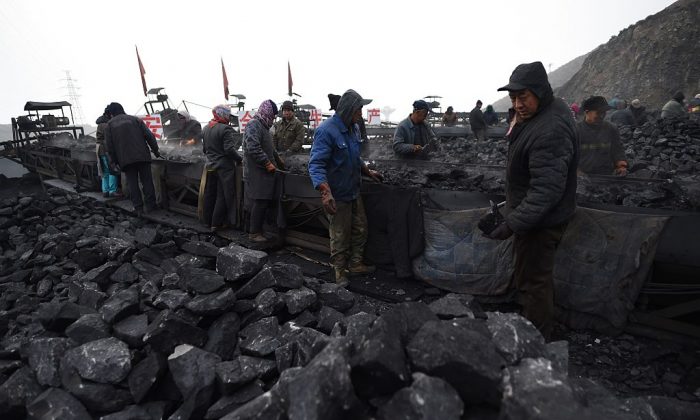 Workers sort coal on a conveyor belt near a coal mine in Datong, in China's northern Shanxi Province on Nov. 20, 2015. (Greg Baker/AFP/Getty Images)
Chinese Regime

The latest corruption scandal involving a Chinese Communist Party official has caused a stir on Chinese social media—because of the light sentence he received for the enormous amount of money he had pocketed.

Zhao Wanchou, 57, former chief of the Coal Industry Bureau in Jincheng, a city in northern China’s Shanxi Province, was given a 19-year sentence and a fine of 3 million yuan (about $473,600) by the Shanxi Province Higher People’s Court, according to a report by Shanghai-based state-run newspaper The Paper on May 13.

The court found that from 2006 to 2014, Zhao illicitly accumulated personal assets topping about 110 million yuan (about $17.3 million) by accepting bribes from local business executives in the coal industry. He was found to have 2,427 bank passbooks with about 96.9 million yuan in savings (about $15.3 million), in addition to about 31,000 grams of gold, 7 housing units, several expensive watches, and a luxurious car in his possession.

In return, Zhao helped local business executives with reopening coal mines that had been shut down, transferring their assets, providing business opportunities, and helping their children get a job.

He also enlisted the help of his three nephews to help him stash away bribes, such as borrowing personal IDs from more than 20 different people to open up bank accounts in multiple provinces, and buy up safes to store his cash and watches. The nephews have since been sentenced as well, with two getting a five-year sentence and the other a four-year sentence.

Shanxi Province is well-known for its rich deposits of coal. According to Chinese media, about a quarter of China’s coal production takes place in Shanxi. While coal has provided many job opportunities for locals, it has also created pollution problems and corruption concerns.

Zhao was the latest official felled by an anti-corruption campaign in China that began in 2012 soon after Chinese leader Xi Jinping took power. Zhao was a low-level official, but Chinese Communist Party bigwigs continue to be ensnared. Last month, Wang Yincheng, the former president of the state-owned People’s Insurance Company of China, was put on trial—also because of corruption.

On Sina Weibo, China’s equivalent of Twitter, some netizens have reacted to the news of Zhao’s sentence with anger, while others pointed out that corruption ran deeper in the province.

“Only 3 million yuan in fines for [taking bribes totaling] 110 million?,” asked a netizen from Beijing.

A netizen from Shaanxi Province wrote, “There are many officials like him in Shanxi. One should dig deeper and arrest those who are guilty. Maybe this will change the [political] climate in Shanxi.”

This is not the first time a low-level Chinese official has been found with such high-level graft. In December 2017, Yang Rongfu, former deputy director of the farming service center in a residential area of Taizhou City in coastal Jiangsu Province, was found to have pocketed 599 million yuan (about $90.1 million). Yang was eventually given an 11-year prison term.