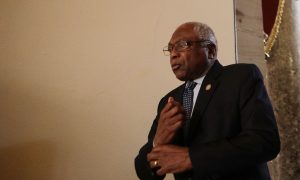 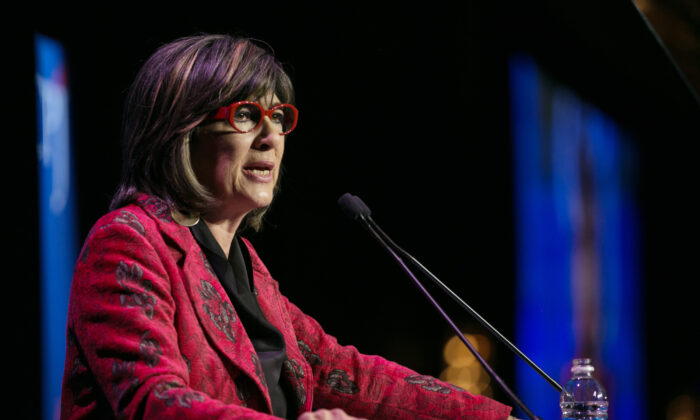 Following backlash, CNN’s chief international correspondent Christiane Amanpour walked back on comments she made drawing parallels between President Donald Trump’s presidency and the Kristallnacht pogroms against German Jews 82 years ago.

At the end of her show “Amanpour” on Monday night, the host said she “regrets any pain” caused by her invoking the horrific historical event in an attempt to criticize Trump, admitting she should not have “juxtaposed the two thoughts.”

“Hitler and his evils stand alone, of course, in history,” Amanpour said. “I regret any pain my statement may have caused. My point was to say how democracy can potentially slip away, and how we must always zealously guard our democratic values.”

Amanpour made the comparison last week, which marked the 82nd anniversary of Kristallnacht, or Night of Broken Glass in English. The name refers to the shattered glass that littered the streets after the vandalism and destruction of Jewish-owned businesses, synagogues, and homes across Germany and territories under German occupation.

“This week 82 years ago, Kristallnacht happened,” Amanpour said in the introduction to her show. “It was the Nazis’ warning shot across the bow of our human civilization that led to genocide against a whole identity, and in that tower of burning books, it led to an attack on fact, knowledge, history and truth. After four years of a modern-day assault on those same values by Donald Trump, the Biden-Harris team pledges a return to norms, including the truth.”

Amanpour soon found herself under fire because of the analogy. Much of the criticism came from conservative personalities, members of the Trump and Netanyahu administrations, as well as pro-Israel advocacy groups.

“They must also apologize for slandering the most pro-Israel President in history as they themselves make an anti-democratic political enemies list,” she added.

Omer Yankelevitch, Israel’s minister of diaspora affairs, said on Sunday that CNN should “be a partner in the global effort to fight antisemitism and not fuel the fire.”

“Using the memory of the Holocaust for cheap headlines or a political agenda is concerning and distorts the historical and moral truth,” said Yankelevich, reported The Jerusalem Post.

The Anti-Defamation League, a group focusing on anti-Semitism in the United states, also wrote on Twitter that “there’s no analogue between the Holocaust and what’s taking place in the U.S.”

Comparisons between contemporary political events and the Holocaust have been deemed unacceptable by many Jewish groups. In September, the Anti-Defamation League condemned a digital ad by the Jewish Democratic Council of America that likens the rise of fascism in 1930s’ Germany with the Trump presidency, calling it “deeply offensive to the memories of Holocaust victims.”