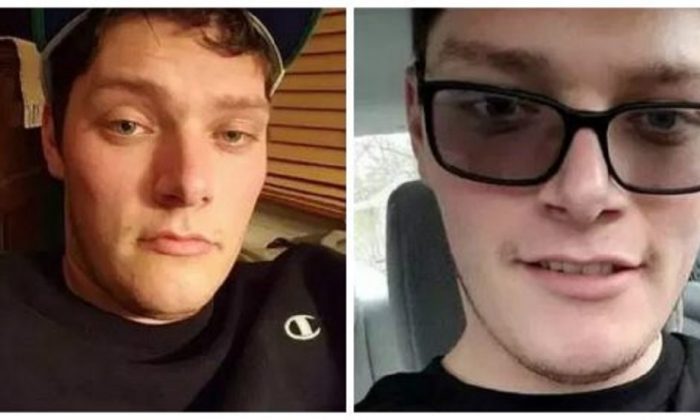 A Twitter account linked to suspected Ohio shooter Connor Betts showed he had “extreme left-wing” views, including posts in support of gun control and Antifa, CNN reported on Aug. 6.

CNN said that it confirmed the account, which had a bio that included “leftist” and the fringe pronouns “he/him,” belonged to Betts.

Betts also described himself as a socialist and made posts indicating he supported violence against so-called “fascists.”

The account also retweets messages in support of Democratic presidential candidates Sens. Elizabeth Warren (D-Mass.) and Bernie Sanders (I-Vt.). Neither lawmaker has commented on the account’s support for them.

“Why I say confusing is that he retweets support for gun control after the El Paso shooting, Griffin added.

The account also posted content in support of Antifa, a far-left group that advocates violence and revolution, and used language popularized by the far-left, including calling immigration detention centers “concentration camps.”

Betts answered one post that asked whether the Antifa member who attacked an Immigration and Customs Enforcement building in Washington state recently by calling the man a “martyr,” according to screenshots saved by the Post Millenial. Activist Shaun King and a slew of pro-Antifa accounts used the similar adulatory language after that incident.

Betts enjoyed posts by openly leftwing reporters, including Some More News. One post claimed that President Donald Trump “wants to shoot migrants at the border.” Other content was produced by NBC and Daily Beast reporters.

The Washington Post, New York Times, and Associated Press were among other outlets reporting late Monday or early Tuesday on Betts’ Twitter account. It wasn’t clear why it took over a day for the outlets to start reporting on his social media. Betts’ ex-girlfriend confirmed voting records on Monday that showed Betts was a registered Democrat.

The shooting came less than a day after a mass shooting at a Walmart in El Paso, Texas.

The suspected El Paso shooter was identified as Patrick Crusius, 21. Police said a manifesto circulating online was apparently penned by him.

The manifesto said the shooting was “a response to the Hispanic invasion of Texas.”

Crusius also expressed animus against both Democrats and Republicans, claiming lawmakers on both sides “are either complacent or involved in one of the biggest betrayals of the American public in our history.”

He expressed support for universal healthcare and universal income but said they’d be more likely to succeed if there were fewer immigrants in the country and saying new migrants work hard but undermine the job prospects for Americans.

Crusius said his ideology hadn’t changed for several years and said his opinions predated President Donald Trump and had nothing to do with the president.

“I put ting this here because some people will blame the President or certain presidential candidates for the attack. This is not the case. I know that the media will probably call me a white supremacist anyway and blame Trump’s rhetoric,” he added. “The media is infamous for fake news. Their reaction to this attack will likely just confirm that.”