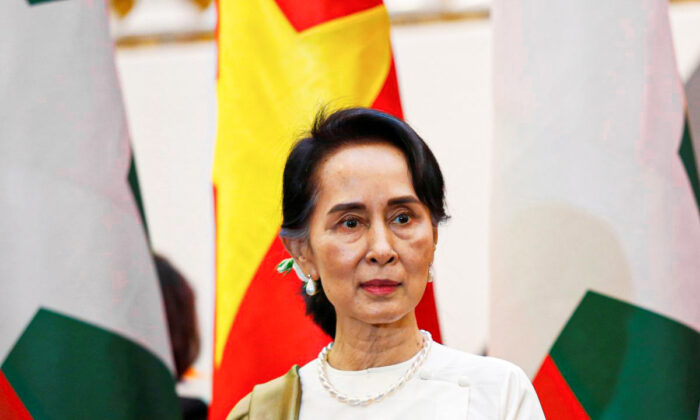 A person with knowledge of the proceedings said she denied breaking the restrictions when she waved to a campaign convoy for her National League for Democracy party in front of her house in Naypyitaw, the capital.

She was questioned both by her lawyers and by prosecutors after giving her account, said the source, who could provide no additional details and spoke on condition of anonymity for fear of angering the authorities by providing the information.

All her defense lawyers, who previously had been able to speak with the media, have been barred by a gag order from providing details of the court proceedings. The court sessions are closed to journalists and the public, the prosecutors do not comment on them, and the state-controlled media have not reported directly on them.

Suu Kyi has been detained since Feb. 1, when the army seized power and stopped her and her party from beginning a second five-year term in power after a landslide victory in last November’s polls. The military says it acted because there was large-scale electoral fraud, an allegation that does not appear to be well-supported.

The two counts of breaking pandemic restrictions are among the less serious charges against her. The same court is trying her on the charge of incitement—spreading false or inflammatory information that could disturb public order—and illegally importing walkie-talkies and unlicensed use of the radios. Suu Kyi testified in the sedition case last week.

In separate proceedings, she is accused of corruption, which is punishable by up to 15 years in prison, and violating the Official Secrets Act, which carries a maximum term of 14 years.

Her supporters say the charges were concocted to discredit her and legitimize the military’s seizure of power.

Maj. Gen. Zaw Min Tun, the spokesman for the military government, said last month that the gag order was imposed on Suu Kyi’s main lawyer because he had incited local and foreign media to spread false information that could destabilize the country.

Opposition to the army’s takeover is widespread and takes the form of peaceful civil disobedience as well as armed resistance. Security forces suppressed initial non-violent protests with deadly force, killing more than 1,200 civilians according to a detailed list compiled by the Assistance Association for Political Prisoners.