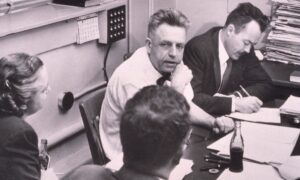 On the Utility, Fairness of Standardized Tests for College Admissions
0 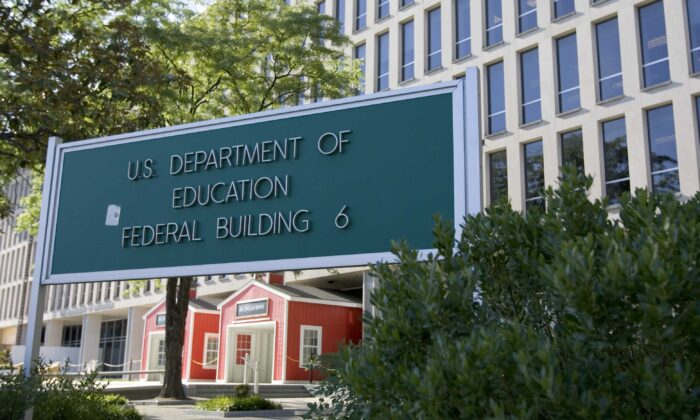 The U.S. Department of Education building is seen in Washington on July 21, 2007. (Saul Loeb/AFP via Getty Images)
Viewpoints

Prediction: next year, standardized test scores in reading will drop significantly from last year. Scores from 2019 were already a drop from previous tests—the trend has been happening for a long time. This year it will continue because the main factor in the decline had an uptick this spring.

I mean, of course, screen time, which went way up when the lockdown started, and not just for schoolwork. Stuck at home with parks and malls closed, they had only their tools for social contact. The academic consequences we shall see in the coming months.

In fall 2019, the U.S. Department of Education released the results of the year’s NAEP exams. It wasn’t pretty. NAEP is the National Assessment of Educational Progress, the so-called “Nation’s Report Card,” which monitors how American kids fare in math, reading, and (less frequently) civics, science, and a few other subjects.

Fourth- and 8th-graders sit for the test, 12th-graders less often, and each set of scores tells states where they stand relative to previous administrations and to one another.

In recent years, results for 8th-graders and, more so, for 12th-graders have been disappointing. Every time 12th-graders take the U.S. history exam, for instance, more than half of them score “below basic” (call it an F).

But 4th-graders have performed better. In reading, from 1994 to 2015, they made a slow but steady climb from a score of 214 to a score of 223. They closed the achievement gap between white and black kids, too, the difference between scores for the two groups shrinking from 39 points in 1994 to 26 points in 2015.

Michael Petrilli of the Thomas B. Fordham Institute, a leading monitor of education trends, issued a commentary under the headline: “2019 NAEP Results Show There’s Something Wrong Going On.”

Why have 4th-grade scores slipped?

The screen in their hands has changed their routines. It has turned them away from print, whose letters on the page can’t compete with the sensory stimuli screens provide.

For most kids, reading alone in bed doesn’t beat peer-to-peer screen contact, such as when friends can play the same session of a video game and strategize with one another from remote locations. It’s why a growing number of children don’t read very much at all, as was reported of British kids recently in a survey by the National Literacy Trust that concluded, “Children and young people’s daily reading levels are the lowest we’ve ever recorded, with just 25.8% of children saying they read daily in their free time in 2019.”

A 2019 survey of childhood reading by Scholastic reached the same conclusions.

It added a specific identification of a disturbing phenomenon it called “decline by nine.” In questioning kids about how often they read books for fun, researchers noted that while 57 percent of 8-year-olds did so five to seven days a week, the rate dropped to 35 percent for 9-year-olds, a stunning 22-percentage point slide from one year to the next.

The rate of those who “love” reading plummeted as well: 40 percent for 8-year-olds and 28 percent for 9-year olds.

Scholastic preferred to highlight the kinds of books kids like as an antidote to the decline, but at one point a vice-president at Scholastic implied a cause: the “glowing screen” that entrances so many kids at just that age. It’s an inescapable assumption. Books haven’t changed over the last decade, kids have, because there’s a fresh temptation at hand, in their pockets and backpacks, that for some makes the act of reading a tepid and laborious option.

This is, of course, only a correlation—iPhones are up, reading is down—but at this point do we need any more proof than that? There’s no change in the lives of pre-teens and teens greater than the advent of that little screen they carry with them at all times.

The Bureau of Labor Statistics tracks how late-teens (15 to 19 year-olds) spend their time and finds little difference from 2008 to 2018 in the hours and minutes devoted to “sports, exercise, and recreation,” “watching TV,” and “educational activities.” Total leisure time was almost identical: 5.7 hours in 2008 and 5.8 hours in 2018. But from 2011 to 2017, according to a study by Common Sense Media, mobile use among children up to 8 years old exploded, rising from five minutes per day to 48 minutes per day.

The power of iPhone time, as well as the diminishing interest in print, is clear. Social media for pre-teens didn’t exist in 2000. Now, it’s a primary leisure activity. We’re now at the point that teens log seven hours and 22 minutes per day using screens, while tweens (8 to 12 year-olds) pile up four hours and 44 minutes. Reading, on the other hand, has become a secondary or tertiary option. In the United States, 15 to 19 year-olds pile up a meager eight minutes of it per day.

Parents with kids in high school and aiming for college should take a look at SAT and ACT verbal scores during the years in which cell phones steadily captured their teens’ lives. On the SAT, including the essay section that the SAT added in 2006, we got these averages.

(We stop at 2016, when SAT dropped the essay requirement and redesigned the rest of the test.)

Next spring, we’ll get more bad news on national test scores. The lockdown has only accelerated an anti-intellectual process that started with the advent of MySpace and Facebook, Instagram and Fortnite, texting and Snapchat. Those things are not good for your kids. The empirical evidence is growing. Close the screen; turn off the phone; open a book.

Mark Bauerlein is a professor of English at Emory college. His work has been featured in The Wall Street Journal, The Weekly Standard, The Washington Post, TLS and Chronicle of Higher Education.