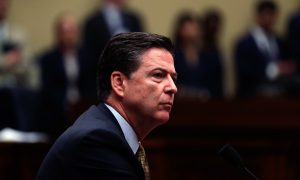 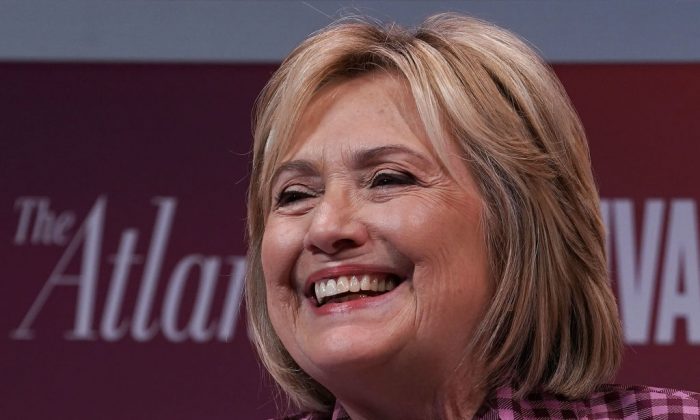 The Clinton Email Scandal and Corruption at the FBI, DOJ

We have seen a growing list of senior officials at the Federal Bureau of Investigation (FBI) and Department of Justice (DOJ) being fired or leaving in disgrace. Now, The New York Times informs us that the FBI began an investigation in May 2017 to look at whether President Donald Trump was a spy for the Russians.

The accusation naturally lacked any evidence to support it, and so it does seem a safe bet that it was purely political and another stain on the FBI and DOJ. Even in the face of direct and conclusive proof of political corruption, the FBI and DOJ leadership appear to have continued in their positions unchallenged, since they are lacking any form of checks and balances.

I remind everyone of the classified documents found on former Rep. Anthony Weiner’s laptop that were discovered as part of the case against him of dissemination of indecent material to a minor. For each of those classified documents, it was illegal to have it on a private laptop at home, period. Intent is completely irrelevant. Former FBI Director James Comey openly admits the crime took place. But not only was it not investigated as a crime, it was also said to not be a crime.

The following quote is taken directly from Comey’s July 5, 2016, statement clearing Hillary Clinton from any wrongdoing with regard to these classified documents:

Two points from this are extremely important. First, according to Comey, there were at least 2,110 individually classified documents on that laptop that were discovered by examining approximately 30,000 emails. Each one of those is individually a crime. No intent or any other qualifications are needed for this to be illegal. It is very black and white: If you have classified documents at home, that is illegal. Lots of people have gone to jail for exactly that crime.

Second, something that is never discussed in the mainstream media is the process of how a classified document can end up in someone’s personal email. All classified computer systems are fully closed systems. That is to say, there is no possible way to make a mistake where a classified document gets sent to a non-classified system, like to a private email address, by accident.

Let me explain how this particular crime was committed. The classified documents were printed; on each document was a header and footer that gave the classifications and other information. Those were cut off or concealed and then the document was scanned. Once scanned, it could be attached to a private email and sent out to anyone and they weren’t marked classified that way. This is also highly illegal, of course, and it is the only way it realistically could have been done under those circumstances.

You will notice Clinton never says whether anything was classified or not; she always states that “nothing was marked classified at the time.” That’s a convenient lawyerly answer if one knows that the headers and footers were all cut off. If you were wondering what it means to “up-classify,” just take a classified document, cut the headers and footers off so it isn’t marked classified, and then when it is “found,” you “up-classify” it by marking it classified again. An additional point worth making is that it’s child’s play to see which printer(s) were used to print the classified documents and who was doing it.

The full case is actually even worse. The FBI agent initially in charge of exploiting the Weiner laptop told the Office of the Inspector General (IG): “I have private Hillary Clinton emails, number one, and BlackBerry messages, number two. I’m telling you that we have potentially 10 times the volume that Director Comey said we had on the record. Why isn’t anybody here? And … I said the thing that also bothers me is that Comey’s testimony is inaccurate.”

The FBI agent clearly implies that he believes more than 20,000 classified documents is a more accurate number and that, in his opinion, Comey was lying to the American public. The FBI eventually moved the laptop to Quantico for further exploitation, and the IG report documents that eventually just under 50,000 documents were examined, many of which were duplicates of the initial 30,000 documents examined.

The dirty little secret that has not been well reported is that, according to the IG report, the laptop contained “approximately 1,355,980 items, or files.” As everyone knows, each file can contain a large number of individual documents or emails. So according to the FBI, more than 1.3 million documents and perhaps a much higher number weren’t looked at to see whether they contained classified information.

This whole situation stinks to the high heavens of political corruption. The Senate confirmation hearings for William Barr as the next U.S. attorney general tasked Barr to dig into this specific case and to deal with the DOJ/FBI corruption.

Probably more significantly, a federal judge just ordered discovery on the Benghazi/Clinton email scandal. This is a devastating loss for the DOJ/FBI, since now, organizations such as Judicial Watch will be able to submit Freedom of Information Act requests and demand testimony from everyone involved.

If there is more to learn about Benghazi or more classified documents to be found among the million-plus documents ignored by the FBI, the corruption will be out in the light for all to see. This is going to be one of the big stories for 2019 and will define the battle lines between liberals and conservatives.