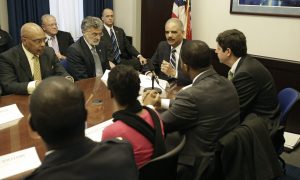 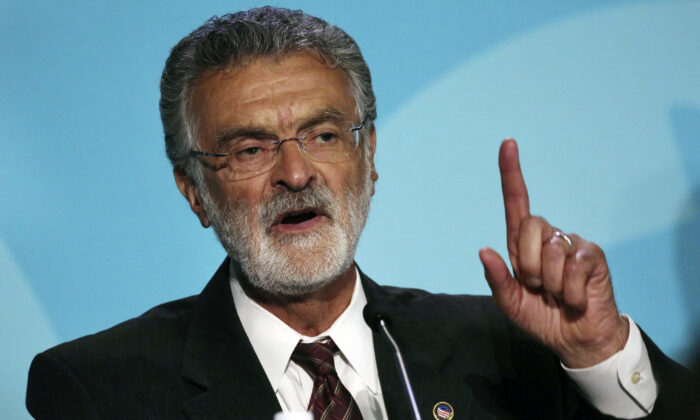 The grandson of the mayor of Cleveland, Ohio, was gunned down on Sunday, authorities have confirmed.

Homicide detectives are investigating the shooting of Frank Q. Jackson, which occurred at approximately 9 p.m. at the intersections of Sidaway Avenue and E. 70th St.

Frank Q. Jackson, 24, is the grandson of Cleveland Mayor Frank Jackson, a Democrat.

Photographs from the scene published by local news outlets showed Mayor Jackson and Cleveland Police Chief Calvin Williams at the scene of the shooting shortly before midnight.

“It’s not my place to say anything,” Williams told reporters.

Frank Q. Jackson’s father was also spotted. He was crying.

Investigators were seen taking a red dirt bike from the scene, as well as pieces of evidence from a dumpster nearby, WEWS-TV reported.

Police have not said that any suspects have been identified or taken into custody. Multiple phone calls to the Cleveland Police Department on Monday went unanswered. Mayor Jackson’s office did not respond to a request for comment.

Frank Q. Jackson repeatedly ran into trouble with the law. He was arrested in the past for riding an illegal dirt bike.

Frank Q. Jackson was indicted in 2019 in the assault of an 18-year-old woman who was beaten to death with a metal truck hitch. He was sentenced to 90 days in jail as part of a plea deal, though he ended up spending only 8 days there.

Frank Q. Jackson was also linked to the 2019 killing of a 30-year-old man, but he was never charged. A lawsuit filed by the man’s mother named both Mayor Jackson and Williams as defendants, alleging they intentionally neglected their duties and covered up “gang-related crimes” involving the mayor’s grandson.