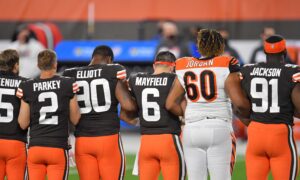 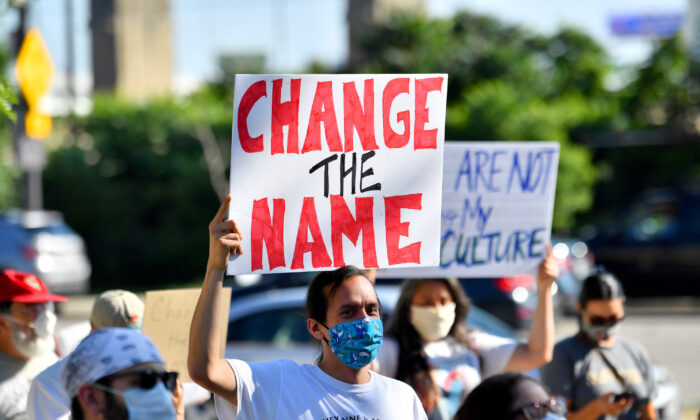 The Cleveland Indians will now be called the Cleveland “Guardians” after making an announcement in a video posted on Twitter.

The name change won’t go into effect right away but will be effective at the end of the 2021 season.

“We are excited to usher in the next era of the deep history of baseball in Cleveland,” Dolan said in a statement on Friday about the name change. “Cleveland has and always will be the most important part of our identity. Therefore, we wanted a name that strongly represents the pride, resiliency, and loyalty of Clevelanders.”

He added: “‘Guardians’ reflects those attributes that define us while drawing on the iconic Guardians of Traffic just outside the ballpark on the Hope Memorial Bridge. It brings to life the pride Clevelanders take in our city and the way we fight together for all who choose to be part of the Cleveland baseball family. While ‘Indians’ will always be a part of our history, our new name will help unify our fans and city as we are all Cleveland Guardians.”

The move drew criticism on social media, with some apparent fans saying the “Guardians” name and accompanying logo are bland and uninspired.

“This is a historic moment for our franchise, and we are excited for our players and staff to debut our new team name and look in 2022,” president of baseball operations Chris Antonetti also said in a statement. “We look forward to our team proudly representing the city of Cleveland as the Guardians.”

Over the years, the Indians nickname was criticized by Native American activists and several tribes. Dolan told The Associated Press last year that the team has been known as the Indians for more than a century.

In 2018, the team stopped using its iconic Chief Wahoo mascot and logo and instead uses a stylized red “C” after years of criticism from activists and tribes.

The name switch comes about a year after the Washington Redskins changed its name to the Washington Football Team—a move that was also sparked by the riots and demonstrations last year.

Major League Baseball, meanwhile, has been grappling with a decline in ratings. This month’s All-Star Game drew only around 8 million viewers, the second-least watched game in MLB history, according to Nielsen ratings.

It came after the MLB received significant backlash over its decision to move the game from Georgia to Colorado to protest against a voting overhaul bill that was signed into law by Republican Gov. Brian Kemp.