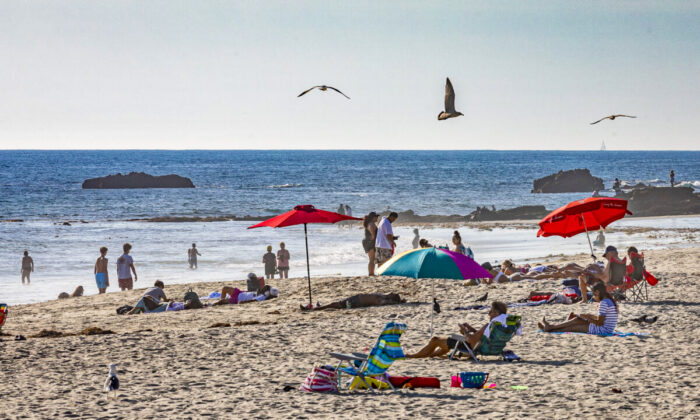 Orange County Beaches Among the Cleanest in California

Some Orange County beaches topped the list as California’s cleanest, according to this year’s “Beach Report Card” by Heal the Bay (pdf).

The non-profit environmental group assessed 500 California beaches and categorized them on a scale from A to F based on sewage-related pollutants measured by county health agencies.

Over 90 percent of California’s are excellent, receiving A or B grades, according to the report.

“It is wonderful news that most beaches in California have good water quality for swimming,” said Tracy Quinn, president and CEO of Heal the Bay.

This year’s “honor roll,” measured as receiving an A+ year round, includes 51 beaches, predominately in Southern California.

Orange County had the most, followed by San Diego, Los Angeles, and San Luis Obispo counties.

The beaches with the best water quality in Orange County include the following:

Orange County had one location on that list—Vaughn’s Launch in Newport Bay, where many enjoy kayaking and paddle boarding. The poor water quality is due to a nearby creek that carries runoff from the surrounding neighborhoods, according to the report.

Los Angeles’ dirtiest beaches were Marina del Rey’s Mother’s Beach and the Santa Monica Pier, which also appeared on the list in 2018.

In response, Santa Monica’s officials stated the city would replace deteriorating bird netting, which has failed to keep bird droppings out of the water.