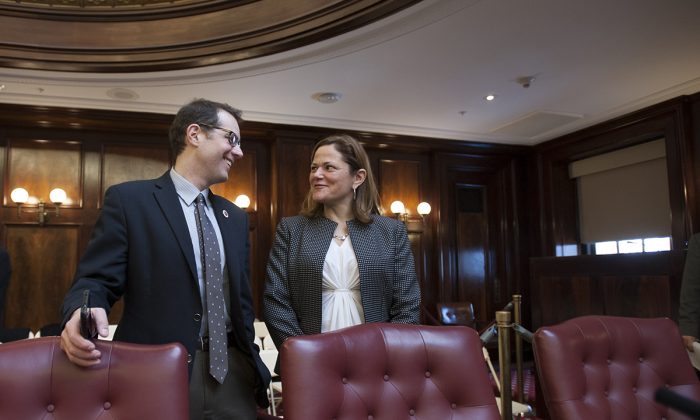 NEW YORK—City Council introduced a batch of seven bills Wednesday closely aligned with the mayor’s plan to reduce pedestrian fatalities in the city.

The bills deal with a range of safety measures including lower speed limits, harsher penalties on drivers who fail to yield, and an investigative process for taxi drivers involved in crashes that result in serious injury or death.

“The fact that we have no control of where we place red light cameras is simply absurd and indefensible,” said Council member Mark Levine at the City Council meeting Wednesday.

Mayor de Blasio made a promise during his campaign to implement a pedestrian safety strategy known as Vision Zero, with a goal to bring pedestrian fatalities to zero. On Feb. 18, he introduced an action plan for implementing the strategy, which involves cooperation between police, the Transportation Department, and the Taxi and Limousine Commission.

The bills introduced Wednesday also include one that would mandate the Transportation Department to study safety on one-way streets and one that adds new restrictions on jaywalking. Another bill would create a database of crashes in New York City.