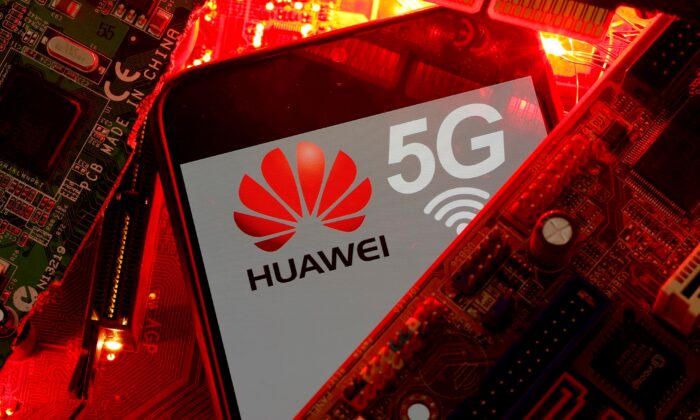 A smartphone with the Huawei and 5G network logo is seen on a PC motherboard in this illustration picture taken on Jan. 29, 2020. (Dado Ruvic/Reuters)
China-US News

“The Biden administration must seize this moment to launch a comprehensive, whole-of-government digital strategy, providing good jobs for workers sidelined by automation and upgrading U.S. competitiveness,” the American Leadership Initiative (ALI), a think tank led by former U.S. trade negotiator Orit Frenkel, said in a report to be published on Thursday.

The report follows a Jan. 27 recommendation from the U.S. Chamber of Commerce, the biggest U.S. business lobby, urging Washington to partner with like-minded governments and the tech industry to set global tech standards.

The Biden administration is reviewing Trump’s approach toward China on trade, technology, and other areas.

One critical step, ALI said, would be to set up an “Office of Global Digital Policy” at the White House, which would work more closely with U.S. allies.

“Forty million Americans do not have reliable Internet service, or none at all, and among low-income households, 30 percent don’t have a smart phone,” Frenkel, a former General Electric executive, told Reuters.

The U.S. Federal Communications Commission estimates it would cost up to $80 billion to achieve universal broadband.

Frenkel said the effort could be part of an infrastructure investment plan that Biden officials plan to unveil later this year after securing passage of a $1.9 trillion COVID-19 relief plan.

The White House had no immediate comment on the proposals.

ALI also called for a “Digital Marshall Plan” that would provide export financing and support for U.S. companies competing against Huawei Technologies and other Chinese technology providers abroad, Frenkel said, estimating the cost at around $60 billion.

By Andrea Shalal and Nandita Bose