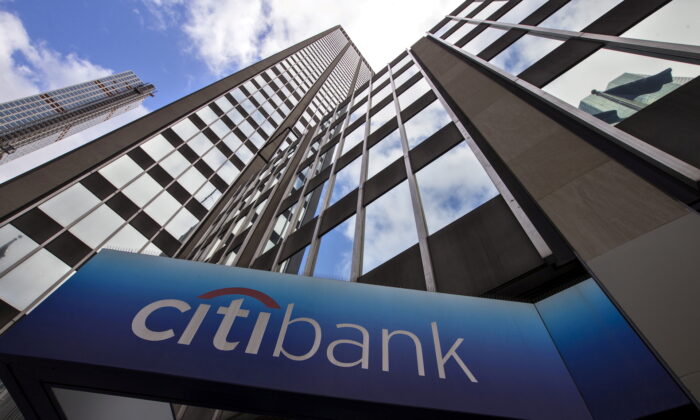 A view of the exterior of the Citibank corporate headquarters in New York on May 20, 2015. (Mike Segar/Reuters)
Stocks

Berkshire bought nearly $3 billion in Citigroup in the quarter ended March 31, taking advantage of a 5 percent pullback in the shares during the period following a slide in U.S. banks on fears of slowing economic growth.

Citi is undergoing an overhaul led by Chief Executive Officer Jane Fraser as it lags the financial performance of its peers. The bank is also working to fix its risk and compliance systems after orders from U.S. banking regulators.

Its shares have slumped 38 percent over the past 12 months, the most among major Wall Street banks. Bank of America Corp, which counts Berkshire as its top holder, has dropped 18 percent in the last year.

“Citi is one of the cheapest stocks in the market,” said Thomas Hayes, chairman at Great Hill Capital in New York.

“With Buffett ‘blessing’ it, it should finally get the interest it deserves and attract some buying interest in coming weeks and months.”

The latest investment takes Berkshire’s interest in Citi to 2.8 percent, making it the fourth largest shareholder, according to Refinitiv data.

Investing in so-called value stocks—assets trading below their intrinsic value—has a broad following and Warren Buffett is a prominent proponent of this investment style.