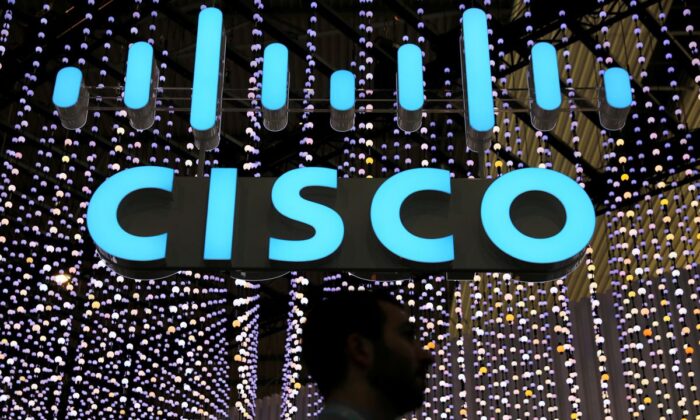 A man passes under a Cisco logo at the Mobile World Congress in Barcelona, Spain on Feb. 25, 2019. (Sergio Perez/Reuters File Photo)
Companies

Shares of the company rose about 5 percent in extended trading after the networking giant announced a $15 billion increase to its stock repurchase program.

The company, which sells routers, switches, security services and software products, has been heavily investing in its cloud offerings to keep up with the pandemic-fueled surge in demand for its videoconferencing platform Webex, virtual private network and cybersecurity products.

The company is also making new deals and acquisitions to build its software business as the scope for a hybrid-work model grows.

“(The buyback) perhaps signals that Splunk is not going to happen because if they’re giving $15 billion back, I would think they’re not going to spend $20 billion on a company,” said Scott Raynovich, principal analyst at Futuriom.

Revenue is expected to grow between 5.5 precent and 6.5 precent, tighter than its prior forecast of 5 percent to 7 percent.

For the second-quarter revenue rose about 6 precent to $12.72 billion, above estimates of $12.65 billion, according to IBES data from Refinitiv.

On an adjusted basis, Cisco earned 84 cents, 3 cents above estimates.

By Nivedita Balu and Yuvraj Malik