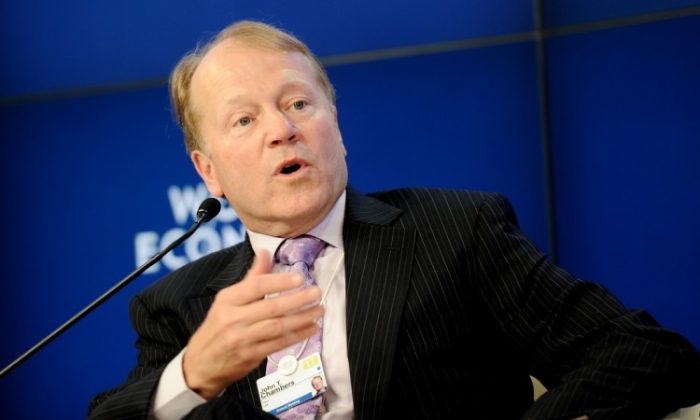 The U.K.-based NDS is engaged in developing software for cable, broadband, and satellite television companies. NDS is 51 percent owned by private equity firm Permira Partners LLP, and partially owned by News Corporation. It was set to go public this year in a stock offering, but last week’s acquisition by Cisco would take NDS out of the stock exchange.

Chambers is looking to revive the company by adding components that are more profitable. NDS generates more than half of its revenues from recurring sources and has potential as global Internet television service grows.

Cisco is in the middle of a restructuring as Chambers cut jobs and consolidated its operations last year.

According to Digital Spy, News Corp. is set to receive a windfall of $1 billion in profit after the NDS sale. News Corp. originally bought NDS for $15 million in 1992. NDS spun off in 1999, but in 2008, was taken private again by Permira with News Corp. being a minority shareholder.

The boards of both companies approved of the recent sale to Cisco, which is expected to close in the second half of 2012. Shares of Cisco fell last Friday by 1.4 percent to $19.91 following the news.