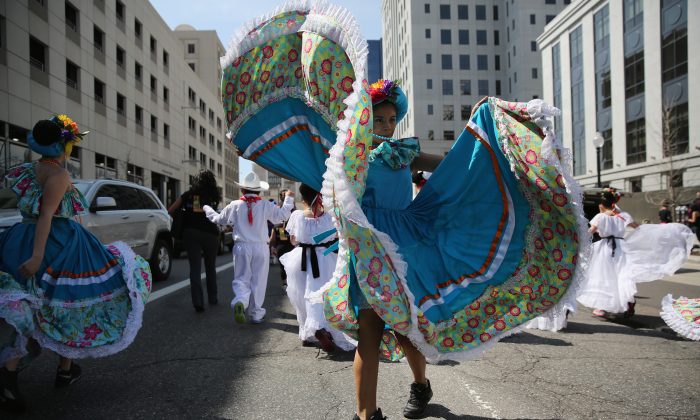 The annual celebration of Mexican culture in America, Cinco de Mayo, this weekend had sombreros and enchiladas to spare.

The holiday began on May 5, 1862, when 4,000 Mexican troops emerged victorious from the Battle of Puebla against 6,000 French troops, according to PBS. The Mexican troops were as a disadvantage not only in number—they fought with “antiquated rifles and machetes,” explains PBS.

Today, the holiday is mostly a celebration of Mexican culture in the United States, but reenactments of the Battle of Puebla,  still take place.

One of the first celebrations, according to the Washington Post, was in California in 1863.

In 1862, the French had come to collect on a debt owed by the Mexican government. Mexico was nearly bankrupt and asked for a two-year extension. PBS explains that France probably refused the extension because it wanted a pretext for battle—a pretext for weakening Mexico and gaining a tactical advantage over the ever-increasing power of the United States.

All of this happened against the backdrop of the American Civil War.