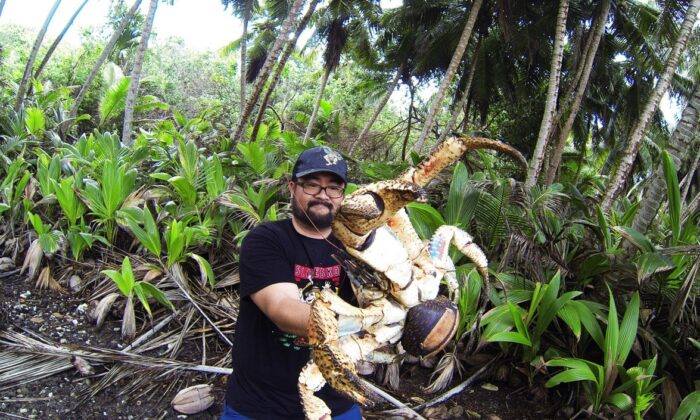 Christmas Island residents and business owners have said that it’s “business as usual” on the island as a planeload of Wuhan evacuees arrive to go into quarantine.

More than 200 Australians flew into the small Australian territory in the Indian Ocean on Monday night after being evacuated from Wuhan, China—the epicentre of the coronavirus outbreak that has so far killed hundreds of people, mostly in mainland China.

They will be quarantined at the North West Point detention centre for 14 days as a precaution before being allowed to go home, and were subjected to health screenings before arriving on the island.

Christmas Island administrator Natasha Griggs said the evacuees will be “completely separated from the Christmas Island community during their period of quarantine,” dismissing concerns that the virus could potentially spread to locals and holidaymakers on the island. The detention facility is about 20 kilometres from the island’s town centre.

“Those quarantined will not be moving around the island or accessing any services used by Christmas Island residents or visitors,” including health services, Griggs said, and “there will be no impact on services for the community.”

“Medical staff and other personnel in direct contact with evacuees will not be interacting with, or residing in, the broader community during the quarantine period. All appropriate protective equipment will be used.”

The Epoch Times spoke to Jahna Luke, island resident and marketing manager for Christmas Island Tourism, who said that the arrival of the evacuees from Wuhan hadn’t had much of an impact and that it’s very much “business as usual for tourism” on the island.

When asked if the arrival of the individuals from Wuhan had impacted daily life for locals and tourists on the Island, Luke said this wasn’t the case.

“I have just been chatting with a couple from Massachusetts in the U.S. They tell us that the evacuation hasn’t impacted on their holiday at all. Apart from a few extra cars on the road, they wouldn’t have even known there was anything going on.

“Our Visitor Centre has not received any cancellations due to the evacuation project,” she added.

Luke said despite the negative news headlines, there are many wonderful reasons for tourists to continue visiting the island—home to various species of “birds, crabs, reptiles, and marine life that are found nowhere else on the planet.” The island was made famous by Sir David Attenborough for its red crab migration, which sees 50 million red crabs make their way from the jungle to the coast every year.

“We are also expecting the return of our baby crabs over the next week or so which is super exciting, and visitors come from all over the world to experience this natural phenomenon,” Luke said.

Australia’s health minister Greg Hunt said Tuesday he was advised that all 241 of the repatriated travellers on the island were in good health, with no cases of coronavirus found during health examinations, although two individuals are being tested out of precaution.

A pregnant woman and her partner avoided isolation on the island due to a current lack of maternity facilities. They are now in isolation in a Perth. A spokeswoman for the WA Health Department later confirmed that another evacuee with a “pre-existing condition” had also been allowed to transfer to Perth where they are in self-isolation as per current national guidelines.

The virus has infected tens of thousands in mainland China and killed over 400 of patients as of Feb. 4, according to the Chinese authorities. However, experts believe that the situation is far worse than the official numbers coming out of China portray, because the regime is not disclosing the true number of infections and deaths.

There have been 12 confirmed cases of coronavirus in Australia as the outbreak continues to spread around the world.

Hunt said another approximately 50 Australian are in the process of being evacuated from Wuhan on an Air New Zealand flight and are expected to land in New Zealand on Wednesday afternoon. There, they will either be quarantined in a military base or transferred to Christmas island.

Australian health officials have said that anyone who has been in Hubei Province must isolate themselves for 14 days upon leaving. Those who have been in China as of Feb. 1 have also been advised to isolate themselves for 14 days. Those who have been in close contact with a confirmed case of novel coronavirus must also self-isolate.

Those arriving in Australia from in Hong Kong, Macau, or Taiwan have not been asked to self-isolate.