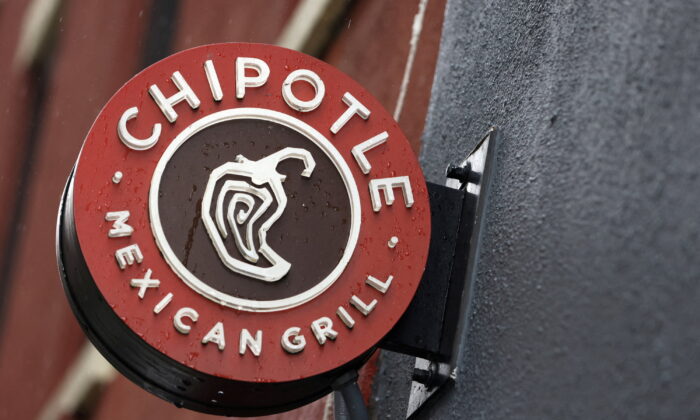 The logo of Chipotle is seen on one of their restaurants in Manhattan, New York City, on Feb. 7, 2022. (Andrew Kelly/File Photo/Reuters)
Companies

Mexican restaurant chain Chipotle has been accused of thwarting efforts by employees to unionize after the company abruptly and permanently shuttered a store in Augusta, Maine, on Tuesday.

In June, the store became the first Chipotle in America to file a petition to unionize.

It was set to hold a hearing to determine the union election process on Tuesday and has been closed to the public since Sunday, according to the union and the chain.

However, the Mexican food chain, which owns and operates nearly 3,000 U.S. stores, announced Tuesday that it was permanently closing the store, citing staffing issues; the hearing has now been postponed indefinitely.

“We have been unable to adequately staff this remote restaurant with crew and continue to be plagued with excessive call-outs and lack of availability from existing staff,” said Laurie Schalow, chief corporate affairs officer at Chipotle, in a statement to CNN, adding that it’s been even more difficult to find managers to lead the restaurant.

“Because of these ongoing staffing challenges, there is no probability of reopening in the foreseeable future, so we’ve made the decision to permanently close the restaurant,” Schalow said.

Workers at the location, reportedly around 20, will get severance pay and assistance finding new jobs, she added.

However, the sudden closure has outraged employees at the store, which became the first to file a petition with the National Labor Relations Board for union recognition in June.

Labor organizers are now set to fight the closure.

“They waited until the morning of the hearing to close the store, and then claimed we couldn’t elect to form a union because we’re permanently closed,” said Brandi McNease, a worker and member of Chipotle United, the independent union attempting to organize the Augusta location, in a statement to local outlet, Bangor Daily News.

“This is union busting 101, and there is nothing that motivates us to fight harder than this underhanded attempt to shut down the labor movement within their stores. They’re scared because they know how powerful we are, and if we catch fire like the unionization effort at Starbucks, they won’t be able to stop us.”

McNease also noted that Chipotle gave “a bonus to its CEO that was 1,700 times more than the median Chipotle worker’s pay in 2020,” adding that she does not believe the company could not afford to hire a manager and enough staff to keep the store running.

Chipotle CEO Brian Niccol took home $38 million in 2020, of which $1.24 million was his base salary, according to Business Insider.

In June 2022, the restaurant raised prices for products across its menu by about 4 percent, citing rising labor costs. A month earlier, in May, it said it plans to hire 20,000 more employees and will raise the average hourly wage to $15 by the end of June.

The union has since filed an unfair labor practice complaint against Chipotle with the National Labor Relations Board, according to what the union told local media.

Laurie Schalow, chief corporate affairs officer at Chipotle, told The Epoch Times in an emailed statement: “Due to staffing challenges, the Chipotle in Augusta, Maine has been closed to the public since June 17.

“In order to continue paying our employees, we kept the restaurant open for training while we went to extraordinary lengths to try to staff the restaurant including deploying two recruiting experts dedicated to this one restaurant.

“Despite these efforts, we have been unable to adequately staff this remote restaurant with crew and continue to be plagued with excessive call-outs and lack of availability from existing staff. We have had an even more difficult time finding managers to lead the restaurant.

“Because of these ongoing staffing challenges, there is no probability of reopening in the foreseeable future, so we’ve made the decision to permanently close the restaurant. The employees at our Augusta restaurant will receive severance pay and outplacement assistance.

“Closing the Chipotle restaurant in Augusta, Maine has nothing to do with union activity. Our operational management reviewed this situation as it would any other restaurant with these unique staffing challenges. Chipotle respects our employees’ rights to organize under the National Labor Relations Act.”

The union also plans to hold a protest over the store’s closure on Tuesday evening to demand it be reopened.

“Chipotle is playing dirty, and we’re fighting back!” the union said on Twitter. “Bring your signs and your voices and stand up with Chipotle United!”

Prior to the store shuttering its doors, employees at the location had staged a two-day walkout over what they described as “unsafe working conditions,” along with a lack of training and support from senior management.

Meanwhile, workers at a Chipotle in Lansing, Michigan, also filed for a vote to unionize on July 11.

At the time, Schalow said in a statement that the company “respects our employees’ rights under the National Labor Relations Act and is committed to ensuring a fair, just, and humane work environment that provides opportunities for all.”

“We encourage our employees to contact us immediately, including through an anonymous 800 number, with any concerns, so we can investigate and respond quickly to make things right,” she added.

The latest efforts to unionize by Chipotle workers follow a surge in similar activity at stores across the country, most notably among Starbucks employees.

So far, 100 Starbucks stores across the United States have voted to unionize in recent months since the first corporate store voted to do so in Buffalo, New York, in December 2021.