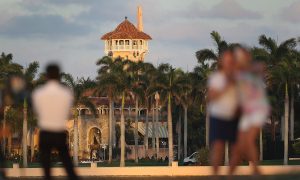 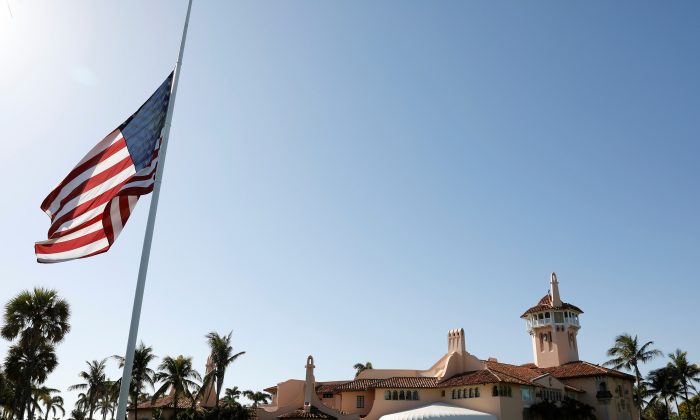 WEST PALM BEACH, Florida—A Chinese woman charged with bluffing her way into President Donald Trump’s Mar-a-Lago resort in Florida last month, renewing concerns about security at the club, appeared in court April 8 for a hearing to determine whether she will remain in custody.

The woman, Yujing Zhang, was arrested after giving conflicting reasons for being in the club during one of Trump’s routine weekend visits.

Prosecutors argued in court that concerns about Zhang’s trustworthiness and the fact that a search of her hotel room turned up a device to detect hidden cameras, five cell phone SIM cards and $8,000 in cash were reasons to keep her in custody, The Washington Post reported.

“She lies to everyone she encounters,” the newspaper quoted Assistant U.S. Attorney Rolando Garcia as saying during the hearing.

Zhang told a Secret Service agent at the checkpoint outside the Palm Beach club that she was a member and wanted to use the pool.

Zhang’s story changed when she got inside, agents say. She told the receptionist that she was there to attend the United Nations Chinese American Association event scheduled for that evening, and had come early to familiarize herself with the club and take photos. However the event did not exist, the complaint states.

She was then escorted off the property and questioned by another Secret Service Agent.

When the agent informed Zhang that she had illegally entered the property, she became argumentative and was then taken to the local Secret Service office for questioning.

Zhang told the agent that she had traveled from Shanghai to attend the non-existent Mar-a-Lago event on the invitation of an acquaintance named “Charles,” whom she only knew through WeChat, a popular Chinese messaging app, the complaint said.

She was arrested after agents determined she had no legitimate reason to be at the club, a for-profit business owned by Trump.

Zhang has been charged with making false statements to a federal officer and entering or remaining in a restricted area, charges that carry up to a five-year sentence in federal prison if she is convicted. She is 32- or 33-years-old, according to documents filed in U.S. District Court in West Palm Beach, Florida.

A source familiar with Trump administration policy on China said the department was part of the Communist Party’s Central Committee operation in Beijing, located “right across” from the compound which houses Chinese leaders.

A former U.S. government expert on Chinese intelligence operations, who asked not to be named while discussing sensitive information, said investigators would want to know “why, exactly, was she there? A decoy, a diversion, a feint, probing the perimeter for a substantive operation?”