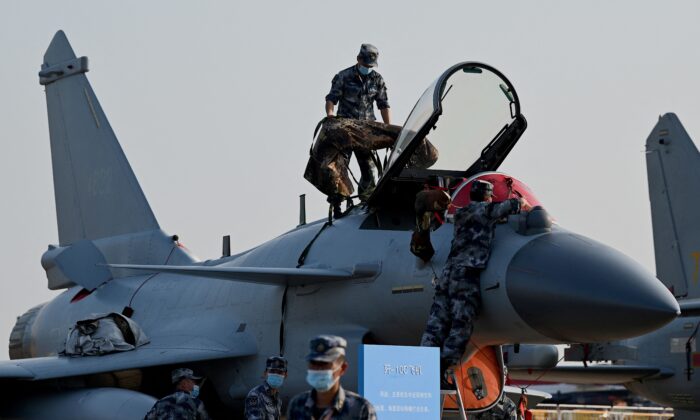 Chinese Weapons Continue Not to Impress the Global Arms Market

The Stockholm International Peace Research Institute (SIPRI) recently released its data on the global arms trade for 2021, and the news for China is not good. Most foreign arms buyers continue to shun Chinese weapons systems.

In fact, China is presently a poor fourth in the international rankings for largest arms exporters. Russia took second place with 19 percent of the global arms market, and France was third with 11 percent. China was only one-tenth of a percentage point ahead of Germany, number five on the list.

Of course, these numbers can and do change from year to year. But the fact remains that China has never been better than a distant third in the global arms bazaar, never even hitting double-digits in terms of percentage of the total worldwide overseas arms sales.

Moreover, U.S. overseas arms sales are highly diversified. From 2017 to 2021, the United States transferred arms to 103 countries, more than any other supplier. Its single largest customer, Saudi Arabia, accounted for 23 percent of all sales.

In comparison, China is precariously dependent on just a handful of customers. During 2017–2021, China delivered major weapons systems to 48 countries. Moreover, just four of these—Pakistan, Bangladesh, Thailand, and Burma—accounted for nearly 70 percent of all Chinese arms exports. In fact, Pakistan made up roughly half (47 percent) of China’s overseas arms sales.

The news was equally bad for Russia. Moscow’s arms exports during 2017–2021 were even more concentrated than China’s: just four states—India, China, Egypt, and Algeria—combined accounted for 73 percent of total Russian arms exports.

Beijing’s falling arms sales are due to declines in sales in two of its most critical markets, Africa and Asia. Algeria, Sudan, and Indonesia—at one time buyers of considerable numbers of Chinese armaments—have greatly reduced their weapons purchases from China. So has Venezuela. Only Pakistan, dependent on Beijing for 72 percent of its imported weapons systems, remains a loyal customer.

Why are we seeing this continuing poor performance by China in the global arms market, especially when we have been warned for decades about the dangers of Beijing recklessly flogging highly lethal weaponry to rogue states, pariahs, and terrorist groups?

In the first place, China indeed has—both deliberately and through a thoughtless lack of controls—supplied terrorist organizations like Hezbollah with small arms, missiles, and artillery rockets (the latter sold to Iran and subsequently reverse-engineered). During the 1990s, China was a significant provider of weaponry to Iran, particularly anti-ship cruise missiles and ballistic missile systems. Beijing also supplied nuclear technology to Iran, Pakistan, and North Korea, which fed into their nuclear weapons research.

Moreover, China has become a major supplier of armed drones to militaries worldwide. SIPRI found that Beijing has sold armed unmanned aerial vehicles to at least 16 countries in three continents, including Egypt, Indonesia, Iraq, Jordan, Nigeria, Saudi Arabia, Serbia, and the United Arab Emirates (UAE). These sales have been worth more than $700 million.

So Beijing has sold some very dangerous weaponry to some very bad players, but often the dollar figures were too low (or were unknown) to show up on most arms sales registers.

That said, Chinese transfers of major conventional weapons systems have been unexceptional. Big deals have been few, and many promised sales have failed to materialize.

Take, for example, China’s J-10 fighter jet. It has been designated a “fourth-generation-plus” combat aircraft, roughly equivalent to the latest version of the U.S.-built F-16 fighter jet. The J-10 features a relatively advanced radar and “glass cockpit,” a fly-by-wire flight control system, and even a certain amount of stealthiness. It can fire long-range air-to-air missiles and even serve as a ground-attack aircraft.

One would expect that a fighter jet like the J-10—like an F-16 but much cheaper—would offer stiff competition to Western combat aircraft producers. And yet, how many of these fighters have the Chinese exported? In fact, after years of cajoling, the Pakistan Air Force (PAF) announced late last year that it would acquire 25 J-10 fighters. It is the only foreign customer so far for this jet.

In addition, some key sales have fallen through. In 2017, Beijing signed a contract with Bangkok to supply the Royal Thai Navy with three S26T (Yuan-class) submarines. However, since the German company MTU, which supplies the diesel engine for this submarine, has refused to export the engine, this deal is presently on hold and could even be canceled.

In fact, even after pouring years of effort (and money) into modernizing its defense industry, China still has very few desirable and competitive weapons systems to offer on the global arms market. Beijing as an arms exporter is basically stuck where it has been for decades, dependent on a few big buyers (particularly Pakistan) or making a handful of one-off arms deals (such as the sale of four corvettes to Malaysia).

One thing is for sure: hardly anyone is buying Chinese tanks, fighter jets, or submarines, or likely will be doing soon.